Rapper Polo G has just celebrated his 23rd birthday, and he did so by giving us a glimpse of his lavish lifestyle, which includes a private jet, and two luxurious Mercedes vehicles: a Maybach S 580 and an AMG G 63. 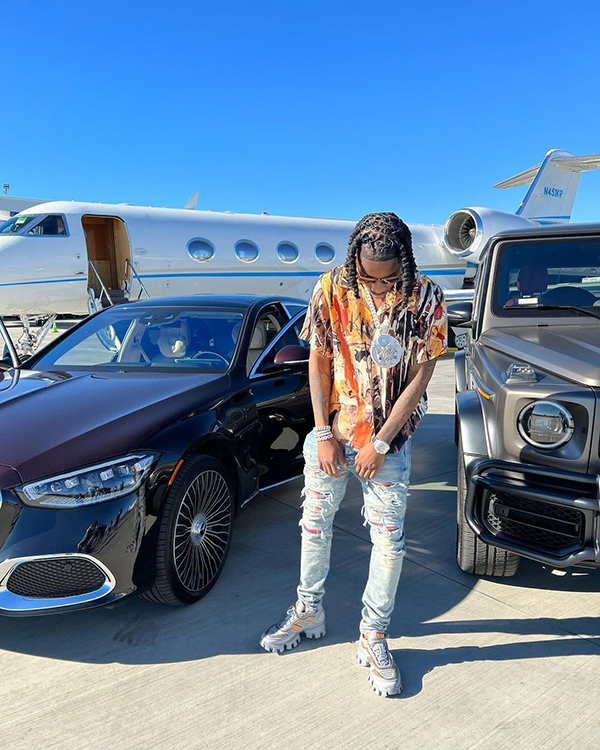 It’s not every day that you celebrate your birthday, and Polo G wanted to show that he’s thankful for the wealth he has achieved so far. Probably.

Because he gave a glimpse of his “Back to Bach,” year, and his post includes a lot of declarations of status. In the front of the main picture, we see two Mercedes vehicles, a Maybach S 580 4MATIC, and a Mercedes-AMG G 63, while the background shows a Gulfstream G-IV SP private jet.

A few pictures in the set show the rapper physically boasting his fortune holding a stack of cash onboard the jet. The G-IV is powered by two Rolls-Royce Mk 611-8 engines and has a maximum cruise speed of 476 knots (548 mph/882 kph) and a long-range speed of 459 knots (528 mph/850 kph).

At the end of the set he shared on his birthday, there are two short videos where Polo G gives us a small, hilarious tour of the backseat of the Mercedes-Maybach S 580, which he seems to have just acquired from famous dealership Wires Only. In one of the videos, he holds out a check for $317,295 before heading out to inspect the vehicle.

If he just gifted himself a Mercedes-Maybach S 580 for his birthday, he seems to have pretty good taste. Make sure to check out the video on the last slide, it’s the best in the set.