The Mercedes-AMG G63 is by far the best that the current-generation G-Class has to offer after retiring the AMG G65. Its classic boxy body and luxurious features give it a very iconic aura and beneath its hood lies a powerful V8. However, for those who want to give it a more exclusive look and extra power, an Illinois aftermarket tuner called “Savage” just released its new package for it. 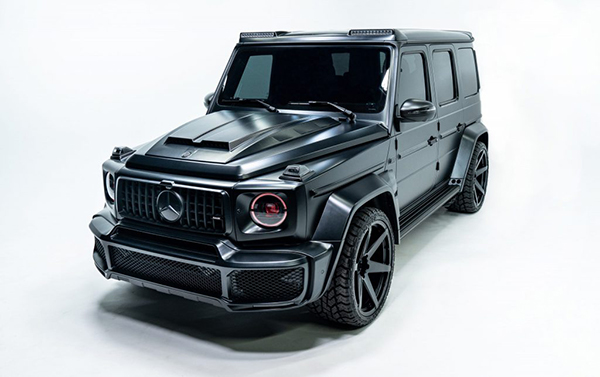 Outside, the Savage AMG G63 has modifications similar to the ones offered by the latest Mansory Gronos G-Class. The widebody upgrades of the SUV had all its chrome highlights blacked out, and then it added a red hue on its halo lamps. Carbon fiber inserts were placed on the hood scoop, extended wheel arches, front roof bar, D-pillar, and roof-mounted rear wing. In addition, it got 40 mm lowering springs and 23-inch wheels wrapped in all-terrain tires.

The interior also benefitted from carbon fiber accents, which complemented the black leather upholstery. The cabin is highlighted by Alcantara with special red diamond stitching patterns and silver trims. In addition, it got a new steering wheel with an S logo and contrasting red stitches plus new floor mats and JL audio subwoofer. 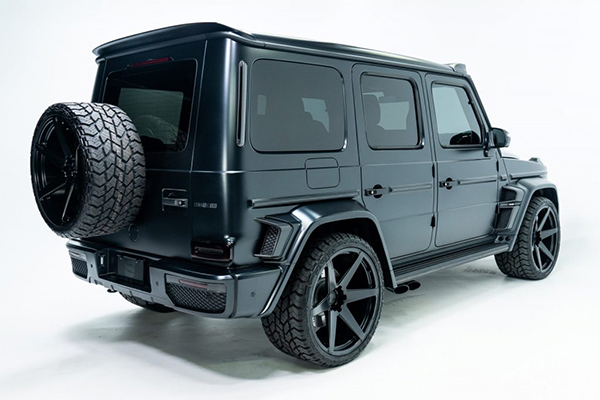 Under the hood of the Savage AMG G63 lies the same 4.0-liter twin-turbo V8, but with a twist. It now produces 700 hp and 700 lb-ft of torque. The new numbers take the G-Class from 0 to 60 mph in just 4.2 seconds while its speed limiter has been increased to 149 mph. These came with new mid-pipe upgrades for the exhaust system, aluminum VTA blow-off valves, high-flow air filter, and start/stop with a memory module.