We have another monster build here for you all. This is a very rare and limited Mercedes Benz G63 as there is ONLY 100 made for the US. Along with this rare color way we have added a complete Brabus Widestar kit to it with all its additions. Some of the highlights include the Brabus lowering suspension, 24″ mono block Z wheel, exposed carbon fiber front roof spoiler, exposed carbon fiber rear spare delete, along with all the other little accessories Brabus has to offer. Last but definitely not least the Brabus 700 engine upgrade to make this already monster of a truck even more aggressive!

VERY RARE & LIMITED EXCLUSIVE EDITION MBZ BRABUS 700 G63. ONLY 100 MADE FOR THE US IN THIS COLOR WAY

Sure, one might say that a G-Wagen usually stands out in any crowd. Add the Affalterbach expertise and the Mercedes-AMG G 63 will gladly arrive at the party (whether at a city nightclub or deep in the forest up a mountain pass) with its 4Matic system sending 577 hp from the hand-assembled 4.0-liter twin-turbo V8. 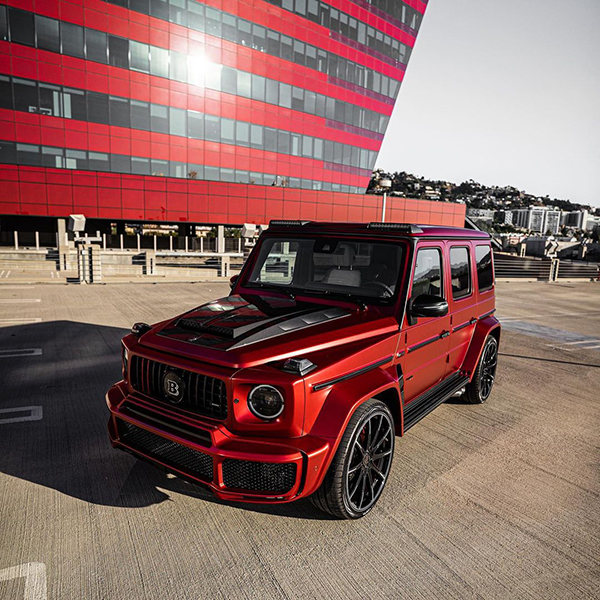 If that’s not enough for the affluent folk, then Mercedes-Benz will gladly throw in the mix a limited-edition exterior paintjob. According to the “leading designers & creators of high-end automotive culture and lifestyle” over at Platinum, this crimson shade will be plastered over a mere 100 examples of the G 63 that will grace American shores.

But, then again, if you’re already there, why not throw everything out the window and “sacrifice” the iconic off-roader on the tuning altar as well? That’s precisely what the West Coast dealership did, adding a complete Brabus Widestar widebody kit with all the intricate bells and whistles. 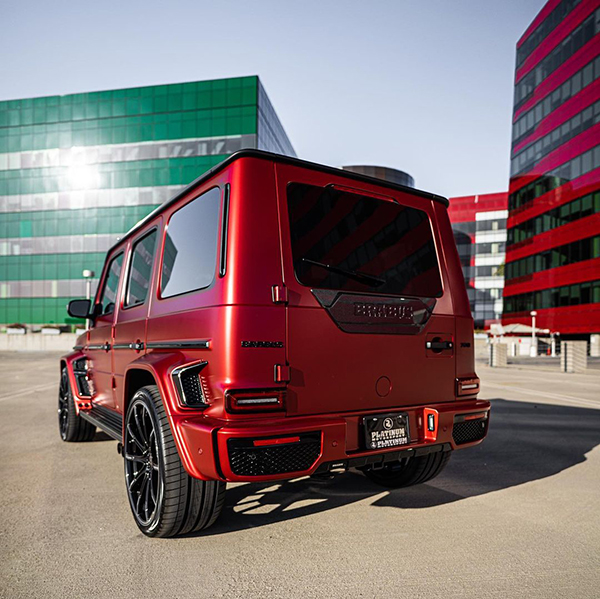 Although it might have been even cooler to go with a monochromatic appearance, the crimson G 63 also gets a multitude of contrasting glossy black or exposed carbon fiber accents along with matching 24-inch Brabus Monoblock Z wheels, as well as a lowering suspension kit. Those little Brabus accessories and the exposed carbon-fiber roof spoiler or rear spare delete sure seem like some of the biggest treats. But there’s even more.

As such, the powertrain hasn’t remained in its stock form either. Instead, Platinum also opted for adding the Brabus 700 performance engine upgrade, with the stable full of eager ponies now surging to 700 ps/690 horsepower! Delightful, indeed.