Let’s imagine the basics behind this all-terrain vehicle that was conceived back during the 1970s as a military off-roader and is still in production at Magna-Steyr in Austria to this very day. It was initially a no-frills model with a dual focus – both for military and civilian use. 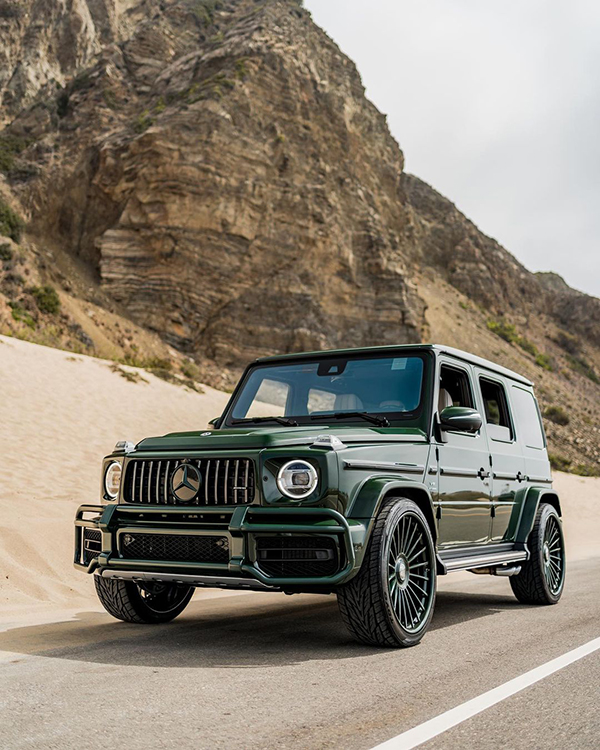 But its boxy styling and tough body-on-frame construction have made it a staple of the ultimate SUV class, right next to equally legendary entries such as the Jeep CJs (and later on Wranglers), Toyota’s Land Cruiser series, or the Land Rover Defender.

There’s just one twist: a G-Wagen looks today almost as classy/tough/boxy/timeless/spartan as any of its predecessors. Here, although we normally don’t support such an attitude, the strategy of changing everything (technically) without incurring almost no styling deviations (where possible) has definitely paid off. And no, we’re not going to say the same about the Golf lineage.

But that’s a story for another day. Right now, let’s focus on the contemporary exploits of the G-Class, which over the years has morphed into one of the quirkiest luxury objects of automotive adoration. After all, there are tuned examples that easily go north of the $500k threshold with relative ease.

This is also part of the reason we’re all here talking about the Mercedes-AMG G 63 and its propensity for turning out to be a great blank canvas for making it your own. With a monochromatic twist, if we are allowed to give our own two cents on the matter. After all, you don’t need a rainbow paintjob to stand out in a crowd – this is one SUV that achieves that with an absolute zero level of “maximum effort.”

Yes, a Deadpool catchphrase in a set piece about a German 4×4. How absurd is that? Come on, it’s not like paying six-figure checks for an SUV with three locking differentials, the aerodynamics of a huge brick, and the luxury amenities of a private jet is a lot saner… Now, back on the AMG track. 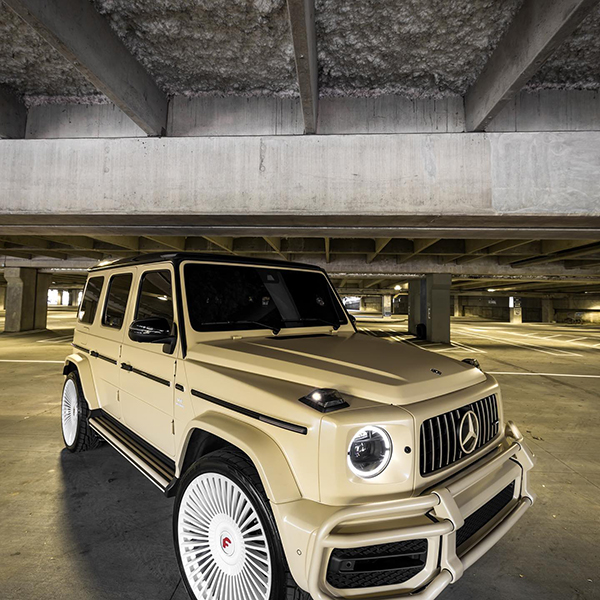 So, the absolute best G Class one can have stock is an AMG G 63. Complete with standard 20-inch alloy wheels (yes, off-roaders wear that), that new chassis, and a front independent suspension (Bronco has one as well). As well as a 4.0-liter twin-turbo V8 engine capable of churning out 577 horsepower to spite even the Jeep Wrangler Rubicon 392 when dropping by the club or doing some overlanding to the nearest secluded five-star resort.

But then it’s time for some customization. Because the AMG G 63 does stand out in a crowd made of different SUVs… but what happens when more than one Mercedes SUVs meet up? Well, one could boldly go where many other G-Wagens have gone before… into the bespoke monochromatic territory. As close as possible to being fully monochromatic, though, because contrasting elements really won’t do justice to the custom build.

Sure, one can easily choose the menacing all-black “murdered-out” look, but that’s too obvious. Instead, here is a couple of examples from Los Angeles, California-based Platinum Motorsport, and Atlanta, Georgia-located Road Show International for good measure. Yep, they won’t be everyone’s cup of tea, but they sure look out of this world.

The 2021 British Green G 63 from Platinum has been lowered on 24-inch F700 three-piece forged wheels that are color-matched to the new paintjob. Almost every exterior accent detail has been color-matched as well, including the logo up front or the spare wheel cover sitting in the back. And then there’s the rear bench delete that made way for a dual captain’s chair with a unique center console assembly.

Meanwhile, the other G 63 might look evenly bleached at first sight, but it’s dressed up with a very subtle Satin Military Khaki colorway (and again features a white/black interior transformation). This is dubbed as an “RS Edition” and has been sprinkled with lots of goodies, but of course, the set piece of resistance is the Gloss White Forgiato wheels package with red caps. Now, which one is your cup of tea?