Up until last year, rapper Moneybagg Yo had a preference for red cars, but that shifted. After buying several black cars, he has just introduced everyone to his latest addition, which is a purple Mercedes-AMG G 63 Brabus. 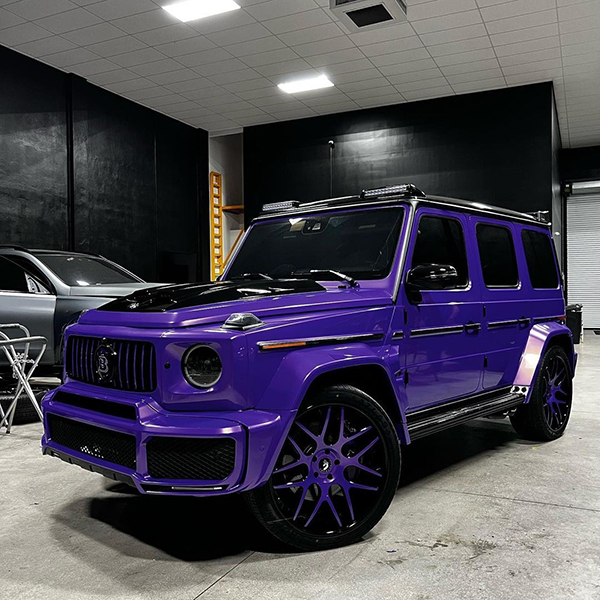 Rapper Moneybagg Yo, whose real name is DeMario DeWayne White Jr., celebrated his 31st birthday on September 22. But he didn’t share his luxurious gift until September 25, when he introduced everyone to his new addition on social media.

His new whip is unlike the rest of his collection, in the sense that it comes with a bold, purple exterior with black accents. Prior to this, Moneybagg had a collection of red cars and has added several other black models within the last 12 months.

But the new one, a G-Wagen, clearly fits well in his garage. Although he didn’t give any details on the purchase, the vehicle it’s most likely a Brabus 800, based on the popular Mercedes-AMG G 63. It boasts a Widestar body kit, an auxiliary LED light unit on the roof and a new gloss black hood. 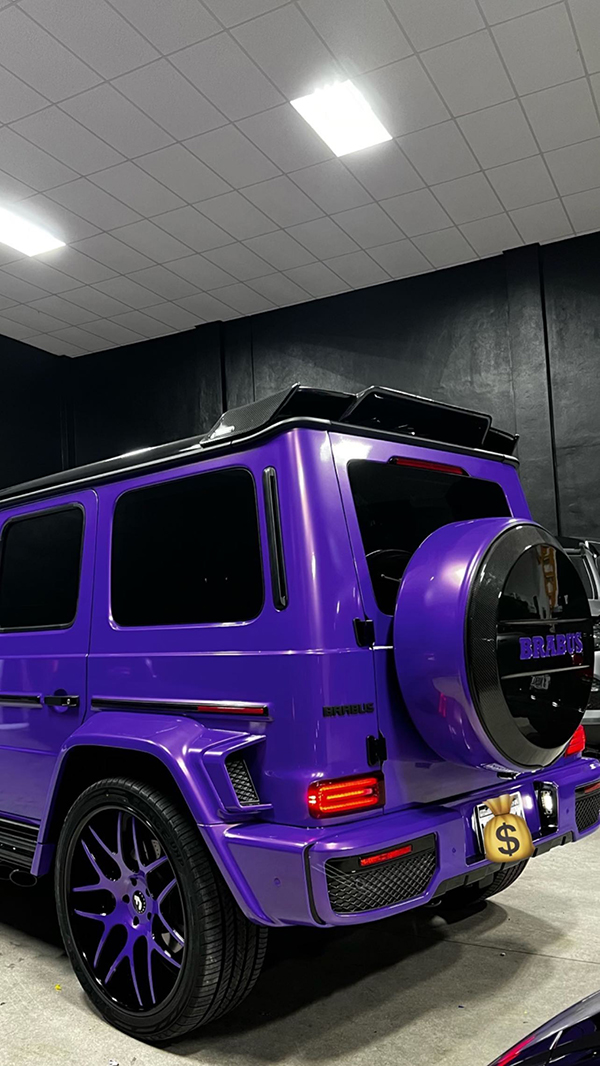 The G-Wagen drives through the gates of the Magna Steyr factory in Austria with a 4.0-liter twin-turbocharged engine under the hood. The power plant delivers 577 horsepower (585 ps) and 627 lb-ft (850 Nm) of torque, sent to both axles via a nine-speed G-Tronic automatic transmission. With the upgrades, the Brabus version cranks out around 789 horsepower (800 ps).

Moneybagg Yo’s Brabus G-Wagen comes with purple aftermarket wheels from Forgiato and custom purple calipers with Moneybagg Yo’s record label, Bread Gang, on them. In a video showing it off, the rapper lets everyone know that that is “not a sticker,” and that he had it custom-made. Unfortunately, he didn’t give a look at the interior of his new SUV just yet.