Since being drafted by the Los Angeles Chargers with the seventh pick (1st round) of the 2017 NFL draft, former Clemson star Mike Williams sort of hasn’t lived up to expectations. He came into the league as a national champion in college, having also made First Team All-ACC. Unfortunately, his rookie season didn’t go all that well. 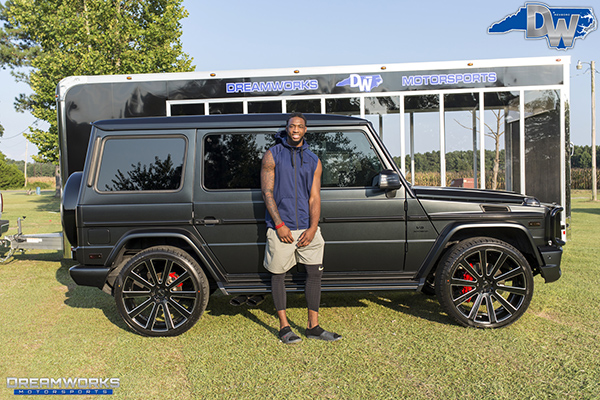 Williams only played 10 games in his first year with the Chargers, because of a herniated disk, and didn’t have a breakout season until 2019, catching 49 passes for 1,001 yards. Then came another subpar campaign in 2020, as he battled various injuries. 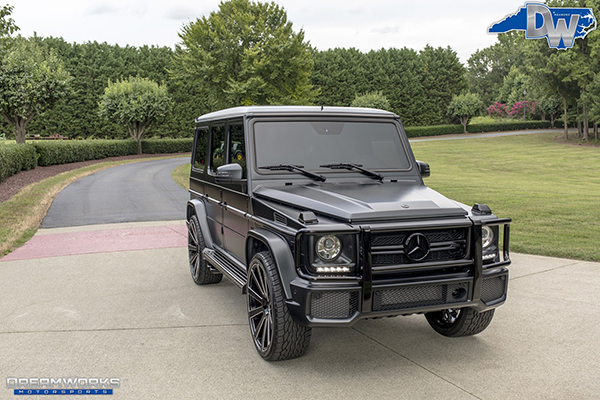 This year things feel different though, as Williams is now Justin Herbert’s (starting QB) favorite target, and the Chargers are making a strong playoff push, although it remains to be seen whether or not they’ll actually get in (two more weeks to go!).

Anyway, now that you’re all caught up about the man, let’s talk about one of his rides, which is this previous-generation Mercedes-AMG G 63. We’re not sure what model year it is, but it was built sometime between 2015 and 2018, meaning it’s newer than Deshaun Watson’s G 63, which I also wrote about recently.

Just like Watson’s ride, Williams also got his G 63 modified by Dreamworks Motorsports, where it now features a Suntek Films tint, custom painted accents and custom painted 24-inch Gianelle wheels, which some might argue look a little too big even for something the size of a G-Wagon. The overall result is a murdered-out matte black aesthetic that always seems to fit the G 63 well.

As for performance, we don’t believe any enhancements were made to the engine, which means the handcrafted 5.5-liter twin turbocharged V8 unit should still be putting down 563 hp to go with 561 lb-ft (760 Nm) of torque. Everything is sent to all four corners via an AMG Speedshift Plus 7G-Tronic gearbox, helping you rocket to 60 mph (97 kph) from a standstill in roughly 5.3 seconds.