Antonio Brown is living like a King these days, hanging out with other rich people and showing off his expensive car collection. This time, he was all about German brands as he posed on a Mercedes-AMG G 63 and checked out the Mercedes-Benz V-Class van with Maybach gear. 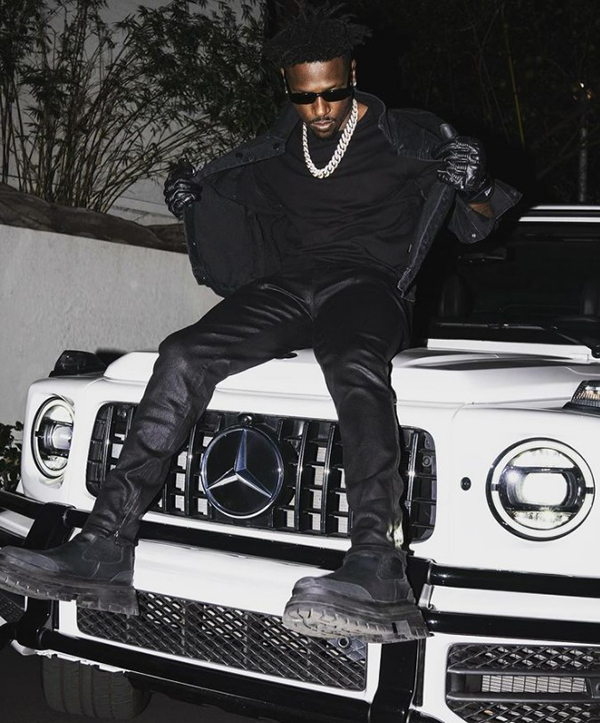 Less than a week ago, Antonio Brown hung out with Kanye “Ye” West for his star-studded Sunday Service. After that, he, West, and DaBaby enjoyed some time on a private jet, and Antonio West went over to Floyd Mayweather’s house. He gave us a good look at the professional boxer’s black-coded garage and called it “longer than a football field.”

After that, he continued flaunting his lavish lifestyle. Ever since he was dropped by the Buccaneers, the NFL player has been enjoying his fortune, which is estimated at around $20 million.

His most recent posts on social media show him getting off a Flexjet private jet and also casually sitting on the hood of his white Mercedes-AMG G 63. This luxurious off-roader is a top choice among celebrities because of its rugged exterior and forceful core. It’s powered by a 4.0-liter twin-turbocharged V8 engine, which sends power to all wheels via a nine-speed automatic transmission, delivering 577 horsepower (585 ps) and 627 lb-ft (850 Nm) of torque.

On his most recent Instagram Stories, we can see him hanging out with RD Whittington, owner of celebrity dealership Wires Only in L.A. and Miami, and checking out a one-of-one Mercedes minivan that comes with Maybach gear.

The luxurious ride comes with a matte grey exterior, and it offers enough seats for seven passengers on board. There are TV screens in the headrests in front of them and rear reclining seats. The seats also swivel, so the passengers can face each other. Based on the short video on Antonio Brown’s Instagram Stories posted on February 11, it also comes with a Starlight Headliner and various lightning options, which, in this case, were blue, just like the leather seats.

It’s unclear whether Brown will be getting this minivan, but his friend, Ye, does own one and flaunted it in late January when he was out for an ice cream run.