New “What if”! Have you ever wondered what a 1969 Mercedes G-Wagon would’ve looked like? Here’s my take on the idea! 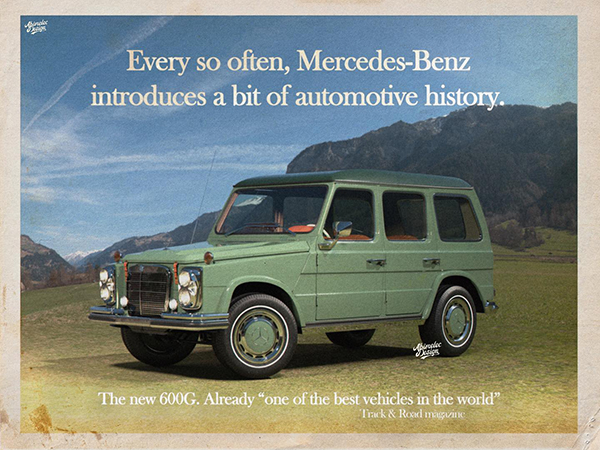 The first civilian version of the G-Class arrived in 1979, seven years after what was then known as Daimler-Mercedes and Steyr-Daimler-Puch started developing the military vehicle. In an alternate universe, the German automaker would have developed this box on wheels as a luxury SUV that would have challenged the likes of the Jeep Super Wagoneer (launched for the 1966 model year) and first-generation Range Rover (‘69 through ‘96). 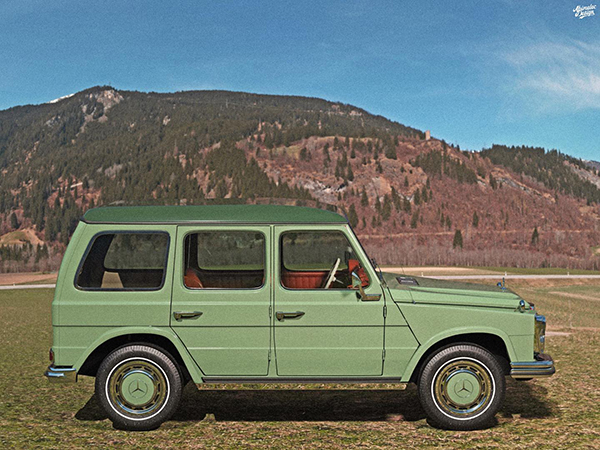 That’s exactly what pixel wizard Abimelec Arellano has imagined, a luxury-oriented Gelandewagen that would have premiered ten years prior to the 460 series that ran until 1992. More curvaceous than the real deal, the G-Class from CGI realm integrates the stacked headlamps of the V8-engined 300 SEL 6.3 and the commanding grille of the Grosser Mercedes. 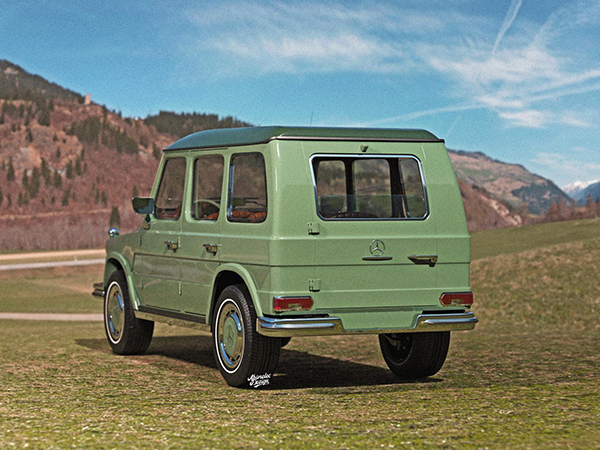 Arellano, which goes by the name “Abimelec Design” on social media, further gifted the vintage luxury SUV with plenty of bits and bobs from a 280, whereas the interior is “mostly taken from a 300 SL.” Speaking of which, did you know that the world’s most expensive car is a one-of-two 300 SLR Uhlenhaut Coupe that was recently sold for €135 million? 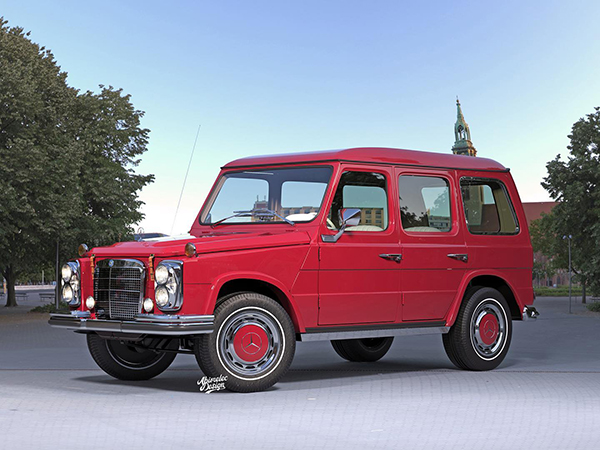 Turning our attention back to the G-Class, it’s worth remembering that the 400,00th example of the breed was assembled in December 2020. As to what the future holds for the body-on-frame overlander, look forward to a four-motor electric utility vehicle coming in 2024 with tank-turn capability. As for the future of the combustion-engined model, here’s hope the civilian version will continue to exist for a few more years after the launch of the EQG.