Larte Design WINNER Carbon Fiber Body Kit for Mercedes-Benz AMG G63 in Pink Brilliant was selected from a variety of options. Made from 100% carbon fiber. 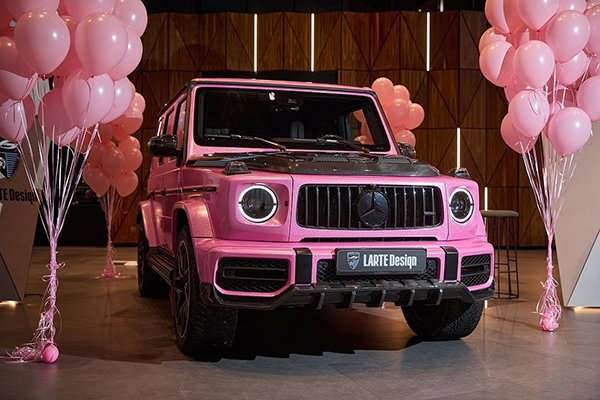 Unfortunately, not may copies will ever leave the tarmac, including this pink one. Yes, you read that right, pink, because that’s exactly what the 4×4 needed. And it’s not just any pink, but a glittery one, which has turned it into a pricey Barbiemobile.

You’d probably expect it to be the work of Mansory, since they’re famous for building crazy projects, but it actually has Larte Design behind it. The tuner shared pictures of it on their social media earlier this week, next to the owner, a young Russian lady, who is apparently a singer and influencer, with millions of followers on Instagram, TikTok, and YouTube. 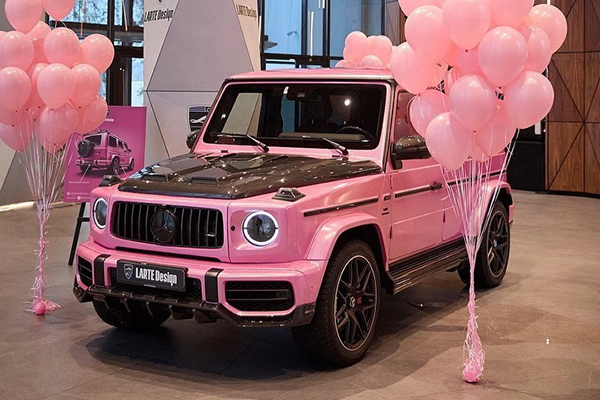 The 20-year old, who goes by the name of Karna Val, was the one who supplied the G-Class born in Affalterbach to the tuner, which admitted to having had some doubts, but they nonetheless delivered big. Besides the lively color applied to almost all body panels, replacing the original grey, this G 63 sports a few carbon fiber parts, such as the hood, and lip attached to the front bumper.

The side mirror caps were made of the same lightweight material, which can also be seen on the new diffuser, roof-mounted wing, and spare wheel cover, otherwise decorated by Larte’s logo. The blacked-out chrome details and emblems, “stylish tidy” door sills, according to the tuner, signature side exhaust pipes, and seven double-spoke alloys, with chrome lip, which spin around the red brake calipers, round off the styling. 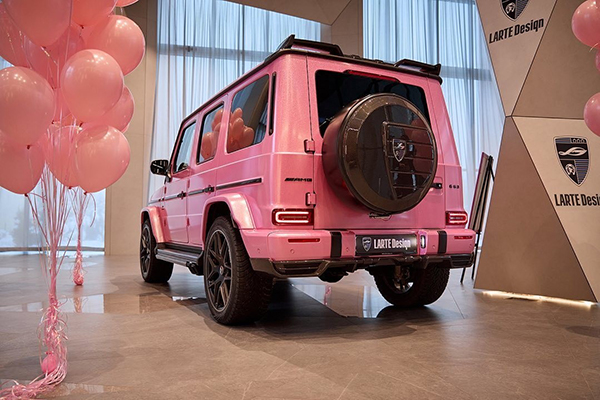 While the AMG G 63 tuned by Larte is totally laughable in pink, it surely is a head-turner in a normal color, as highlighted by another set of images that they released online. That one has the exact same features, and would definitely blend in with other expensive rides in the parking lot of a soccer club.

Now, you’re probably wondering if they did anything to the interior, and the answer to that question is no, otherwise they would have definitely dropped a few pics of it, right? But fret not, if you’re a fan of it, because it is possible that the young woman might return to the tuner, demanding similar looks for the cockpit. Until then, you should start seeing pics and vids of it on her social media accounts. Just don’t tell her that Mercedes-AMG is already working on the facelifted G 63, or you might ruin her day. 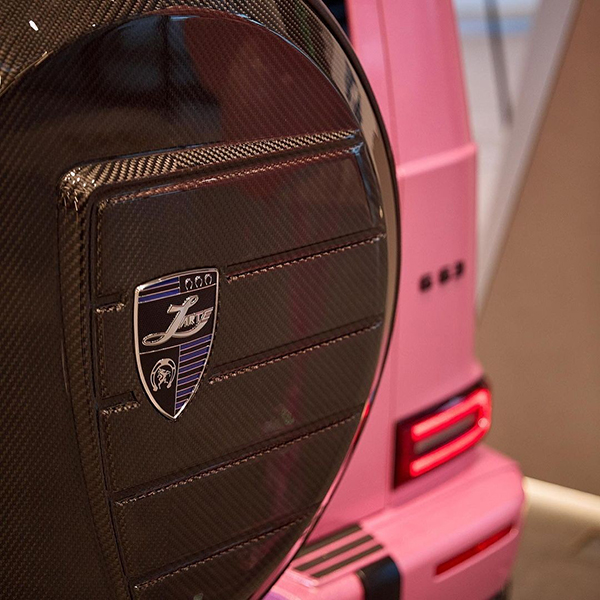