In an automotive world revolving so much around all things crossover, SUV, and truck-based, it’s no wonder new rivalries are being born each day. Even virtual ones, for that matter. 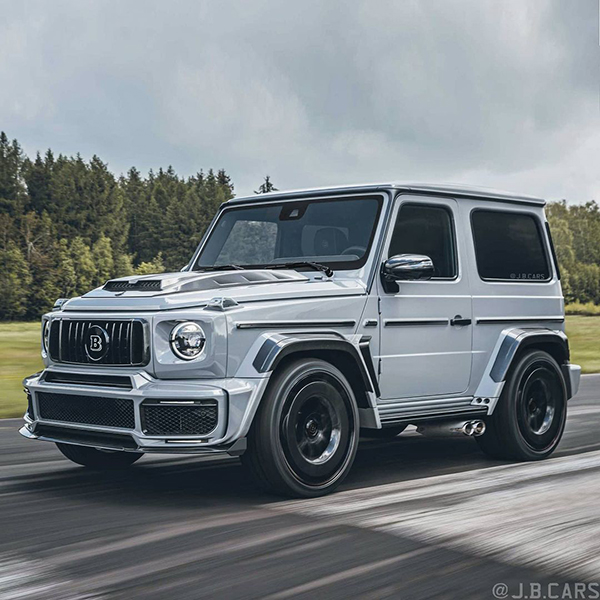 Throughout a little more than a century of automotive life, we have seen raging strafes that have turned into the stuff of legends. The Audi/BMW/Mercedes-Benz compact executive sedan fight is one, the Chevy Camaro/Dodge Charger (or Challenger)/Ford Mustang pony/muscle war is another, just to mention some of the most enduring and famous ones.

Of course, that doesn’t mean SUVs or trucks can’t join the battle royale. Just recently, the 2021 Ford Bronco vs. Jeep Wrangler skirmish or the upcoming Raptor R against Ram TRX competition should have epic stuff written all over it. But that doesn’t mean only Americans have dibs on these beloved categories.

Case in point, Jake – aka j.b.cars on social media – has a pixel master’s Euro vision about this new age turf war. And what better way to put everything into a modern perspective than select a couple of mythical Old Continent (and old school) nameplates to do his virtual bidding? As such, he decided the reinvented L663 Land Rover Defender merits a bit of overachieving digital competition.

That one comes in the form of a Mercedes-AMG G 63. But since the virtual artist wants to deal with the “mini” version of the full-size British off-roader, he decided that only a (non-existing) short wheelbase second-generation W463 G-Wagen will do against the Defender 90.

Oddly enough, he also went for an overkill transformation, as the three-door AMG G 63 hasn’t remained “stock.” Instead, it virtually unleashes the high-performance 888 hp (900 ps) wrath of Brabus’ latest and greatest, the 900 Rocket Edition!

Frankly, there’s no measurable response against such an aftermarket build, so it’s probably for the best that it remains just wishful thinking. Otherwise, with the kind of nose-up acceleration the Brabus 900 is capable of, we fear it would have been an easy case of “tractor tipping with Mater and Lightning McQueen” (video embedded below) all over again.