At the end of last month, Arsenal midfielder Joe Willock was involved in a one-vehicle crash that left him shocked but otherwise unhurt. His G-Class can’t say the same, though.

In a video obtained by British publication the Daily Mail (footage of a fellow motorist’s dashcam), the Mercedes-AMG G 63 driven by the 21-year-old Willock is speeding down highway A1. It then cuts across three lanes to join the M25, which is when it clips a guardrail and one of the rear wheels comes off.

The car swerves across the road and slams into some trees on the side before stopping facing rearward. According to the man whose dashcam caught the incident and who stopped to see if Willock was ok, he had no idea he was riding on three wheels and kept trying to reverse. He was shaken but otherwise unhurt and suggested he might have been driving recklessly because he was on his way to practice.

“I got out of the car and I went to his window, which was blacked out. You could see that he was trying to reverse back out of the verge. The back wheel was missing but you could see the hub spinning out. He wound the window down and I said: ‘You can’t reverse.’ He let out a big scream,” the eyewitness tells the publication. 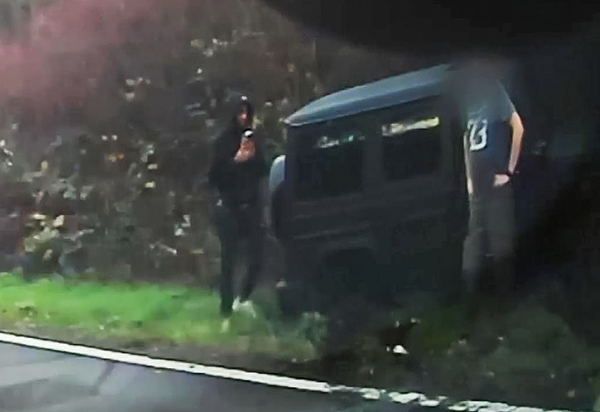 “I said: ‘You went around the corner a bit fast, like.’ He said: ‘I know, I’m an idiot’,” the man continues. Willock also wanted his opinion on whether the G-Class was a write-off, to which the eyewitness responded “I’m no expert, but I think so – you have half a tree in your front bumper.”

Once the man made sure Willock had contacted authorities and someone to come fetch him, he got back to his car and left since he’d been blocking the road for far too long. Willock would not comment on the crash, but assuming the car is a write-off, this will have been a very expensive lesson for him to learn.