Let’s be honest here, the G-Wagen often falls under the stereotype of an exercise in flexing on other road users. And that’s unfortunate because it’s actually a very impressive vehicle. As such, Tedward’s latest video shows us what it’s like to drive the latest 2020 version and why it has those analog dials.

Spoiler alert: the dials actually weren’t fitted on purpose. Contrary to popular belief that the latest models would be fitted with two LCD screens, the example in the video doesn’t have them because the factory ran out. Gauge semantics aside, that likely won’t matter because under the hood lies a hand-built 4.0-liter twin-turbo V8 engine putting out over 580 horsepower (432.5 kilowatts). 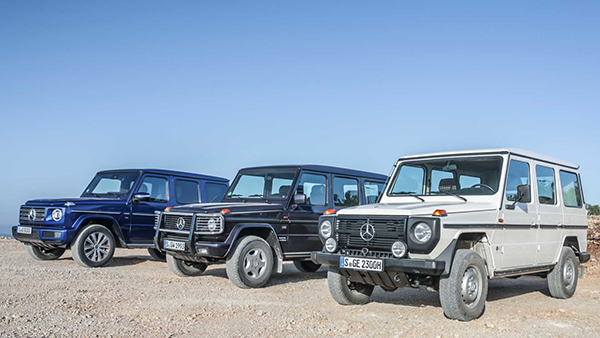 We’d also be remiss not to mention the fact that the powerplant is connected to side-exit exhausts. Along with looking tremendous, the pipes give the driver a better chance to hear the V8 sing its song.

Obviously, the G-Wagen provides a commanding driving experience on the road with its height and weight, but the German automaker has balanced the heft with clever engineering. Take it with a grain of salt, but Tedward says that the new beast handles its weight very well. However, it’s clear that the motor is the focal point of this car.

Throughout the video, the piston power on tap briefly gave our host a case of the giggles from its brute-force and soundtrack. Even with two turbochargers fitted, the engine produces a very deep, yet complex exhaust note; at low revs, the pipes blurt out a baritone burble while the top end offers up an untamed roar.

Aside from its pedigree on the road, the latest version of the Mercedes-AMG G63 is clearly an expert at having fun. In an era where cars are sometimes trying a bit too hard to have a sense of humor, the G63 bears the confidence of a seasoned comic.