Much like this Mercedes G-Class pictured on top, sales of the boxy off-roader are climbing. Even though the microchip shortage wreaked havoc in the automotive industry last year, the venerable SUV managed to set a new record in 2021 with 41,174 vehicles delivered. That’s the best result since the original W460 model was launched back in 1979, and the all-terrain vehicle shows no signs of slowing down. After all, it is “stronger than time.” 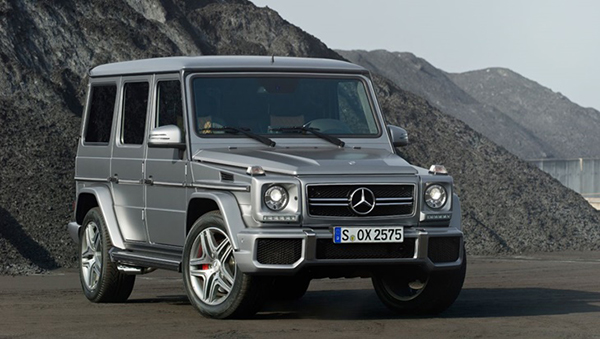 2022 could prove to be an even better year seeing as how a mid-cycle facelift is coming and bringing along the high-riding 4×42 derivative with portal axles and all the ground clearance. It’s unclear to which extent the lack of semiconductors has impacted deliveries of the G-Class since logic tells us this is one of the company’s favorite models. Given its hefty price tag, it must have one of the highest profit margins, so the three-pointed star probably gives it a higher share of the precious microchips compared to an A-Class or another lesser Merc.

Today’s G-Class has a couple of gas-guzzling engines and diesels in some markets, but the go-anywhere SUV will survive in the electric era. A zero-emissions Geländewagen has already been confirmed for a 2024 launch as a follow-up to last year’s Concept EQG. The showcar from IAA Munich strongly hinted at an EV adaptation of the current G-Class rather than a completely new vehicle riding on a dedicated electric platform.

Indeed, the reputable off-road machine built in Graz, Austria by Magna Steyr is rumored to keep the ladder frame instead of switching to the EVA architecture of the EQS and EQE sedans. Mercedes is working on a second bespoke electric car platform, dubbed MMA, but that one will only be used for vehicles up to the size of a C-Class.

Getting back to sales, even though the G had its best year ever, the S-Class still managed to beat it by a ratio of more than 2 to 1. The flagship sedan enjoyed an increase in demand of 40 percent to 87,064 units, with more than a third (35.5 percent) sold in China. Ultra-luxury division Maybach was up by 50.7 percent last year to 15,730 cars, primarily thanks to customers from the People’s Republic buying more than 900 cars each month or roughly 11,000 units per year. AMG was also up, by 16.7 percent to 145,979 vehicles.

Overall, sales of Mercedes (including Smart) dropped by five percent in 2021 to 2,093,476 cars while the Vans division was up by 2.6 percent to 334,210 units. Demand for Mercedes-Benz-branded plug-in hybrid and electric vehicles rose by 69.3 percent to 227,458 units. Sales of purely electric cars went up to 99,000 units once you factor in those sold by Smart and the commercial branch.

Daimler is happy to report orders for the EQS alone have already reached 16,370 even though the fullsize electric liftback went on sale in August 2021. Not only that, but the company’s range-topping EV was introduced in the United States and China – projected to be its two biggest markets – just last month.

As previously reported, there’s also an EQS 53 serving as AMG’s first electric sedan and second EV ever after the short-lived SLS Electric Drive from 2013. Spy shots have revealed it will be followed shortly by a smaller AMG EQE.