Houston Texans star quarterback Deshaun Watson has been exiled from the squad following sexual misconduct allegations, and despite his legal issues, Watson remains a sought-after target for multiple NFL teams in need of playmaking. 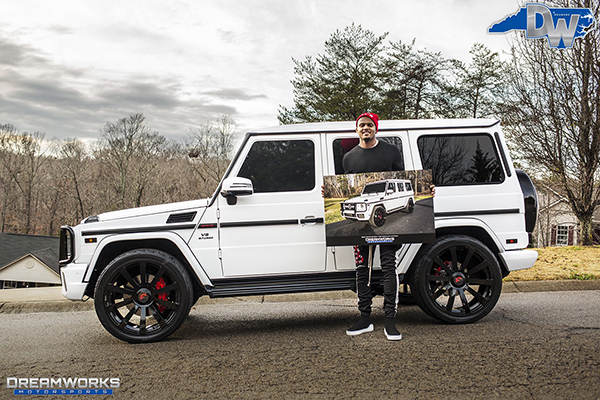 Watson was drafted by the Texans with the 12th pick in the 2017 Draft’s first round and has since made the All-Rookie Team, led the league in passing yards in 2020, and made three Pro Bowl squads. The talent is there, and it’s no wonder teams like the Miami Dolphins are strongly considering trading for the former Clemson Tiger.

We could throw the Broncos, Panthers and Browns in there too, and if you’re the New Orleans Saints, you might want to consider the Texans star, seen as how you’re facing an absolute crisis at the QB position.

But enough football talk. This isn’t First Take, but rather a place where we talk about cars. Ok, maybe boats, planes, RVs, bikes, satellites, video games and celestial bodies too. If it’s got the ability to move, we’re interested. Now back to Watson.

According to Dreamworks Motorsports, the Texans quarterback had them fully customize an AMG-powered G-Wagon for him a couple of years back. At first, we weren’t sure about the model year, more specifically whether this was a Mercedes G 63 AMG or the Mercedes-AMG G 63. 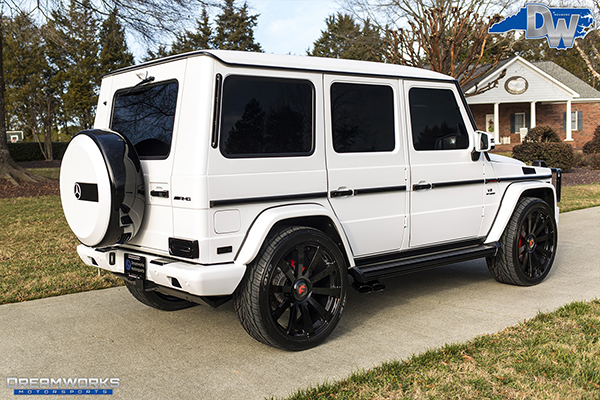 We realized this was the older G 63 AMG version because of the inscriptions on the back. Newer ones had the ‘AMG’ badge on the left and ‘G 63’ on the right of the tailgate, whereas with these older ones it was the other way around.

As for what makes this particular G 63 special, we should start with those massive 24-inch Forgiato Concavo-M wheels, featuring floating center caps. The calipers have been painted red, while the exterior was wrapped in Satin White. Inside, there’s a custom JL Audio system, red LED ambient lighting and a two-tone red and black aesthetic for the upholstery (seats and door panels).