Founded in 1967 in Burgstall an der Murr, the peeps at AMG made a name for themselves with the Red Pig that finished the 1971 Spa 24 Hours in second place overall, three laps down on the winning Ford Capri 2600 RS. 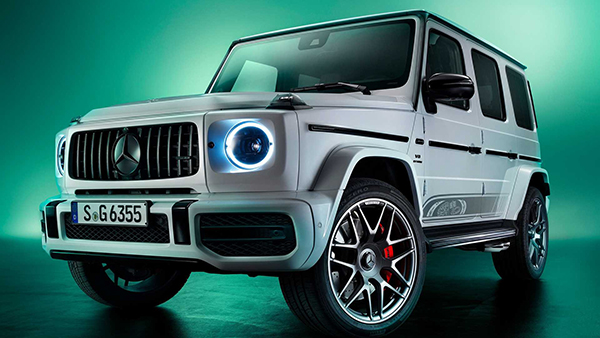 Most of AMG moved to Affalterbach in 1976, leaving only the racing engine development arm at the old location. Come September 1993, the first jointly developed high-performance vehicle from Stuttgart-based Mercedes and the mad professors in Affalterbach premiered in the form of the C 36.

Fast forward to January 1999, and that’s when DaimlerChrysler AG acquired a controlling stake in the company, renaming the go-faster outfit Mercedes-AMG GmbH. The racing engine arm still exists, currently operating under the HWA handle as a tribute to German engineer Hans Werner Aufrecht. The other half of AMG is German engineer Erhard Melcher. 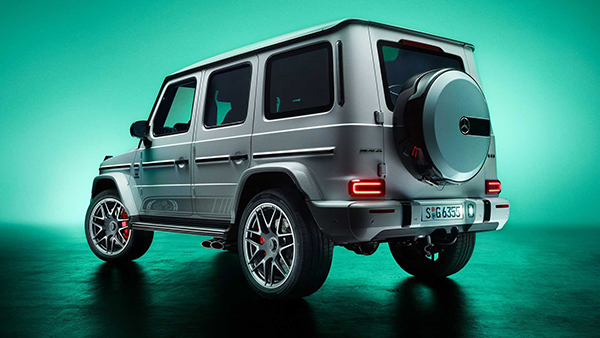 Mercedes became the sole owner of AMG in 2005, and just a few years down the line, Mercedes-AMG became the German automaker’s performance sub-brand in a similar fashion to BMW M and Audi Sport.

2022 marks the 55th anniversary of the high-performance subsidiary, which calls for a celebration. The G 63 Edition 55 pays tribute to the company founded by Aufrecht and Melcher so long ago with special touches that include 22-inch forged wheels finished matte tantalum gray, silver chrome for the branded fuel cap, and illuminated stainless-steel door tread plates. 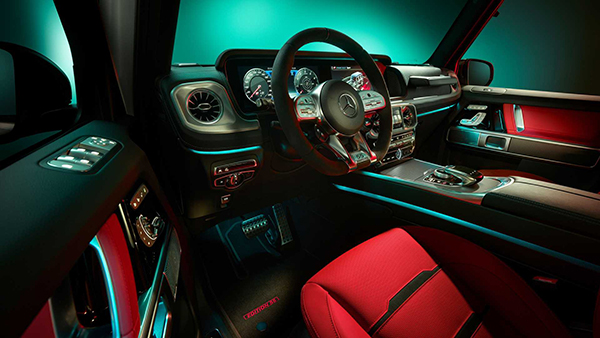 Available in Obsidian Black Metallic or a G Manufaktur finish by the name of Opalite White, the G 63 Edition 55 further incorporates the AMG Night Package and AMG Night Package II, two-tone leather upholstery in black and red, microfiber on the steering wheel, and a special badge on the center spoke of the steering wheel. The finishing touch comes in the guise of velour floor mats with red stitching and Edition 55 branding also in red.

Priced €17,850 over the standard G 63 in Germany, the Edition 55 can be ordered until October 2022. Mercedes-AMG says that the V8-powered giant will be joined by “more birthday surprises in the coming months.”