A big lover of the Americana, Rick Ross’ car collection comprises over 100 vehicles from different brands. And this time, he switched to German brands for his latest post on social media, a red Porsche and a Mercedes G-Wagen. 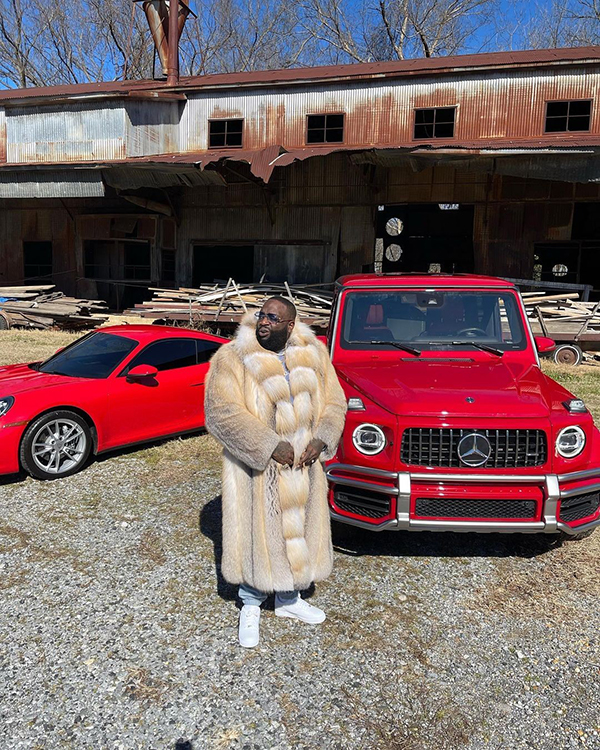 Rick Ross is certainly very proud of how far he’s gotten. The rapper is also a record executive and an author, which has gotten him to a $45 million net worth.

His fortune is more than enough to fuel his passion for everything on wheels. His extensive collection includes more than 100 vehicles, a lot of them vintage cars. He has several garages for them at his mansion in Atlanta, Georgia, built on a 235-acre property he calls “The Promise Land.” 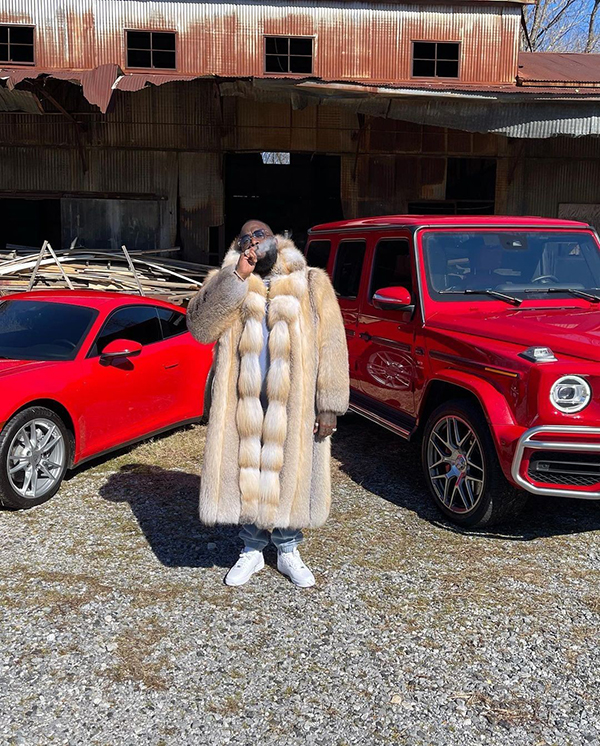 His 2022 goal is to create a Rick Ross Car Show, a project currently in the works, and he wants it to become as big as the Barrett-Jackson auctions.

But, until then, we can enjoy his vehicles on his social media, because he shows them little by little. The ones he displays are normally Chevrolet Bel Airs or Rolls-Royces, but this time, he posed with two red vehicles: a Porsche 911 and a Mercedes-AMG G 63. He had a big fur coat on and stood proudly between the two rides. 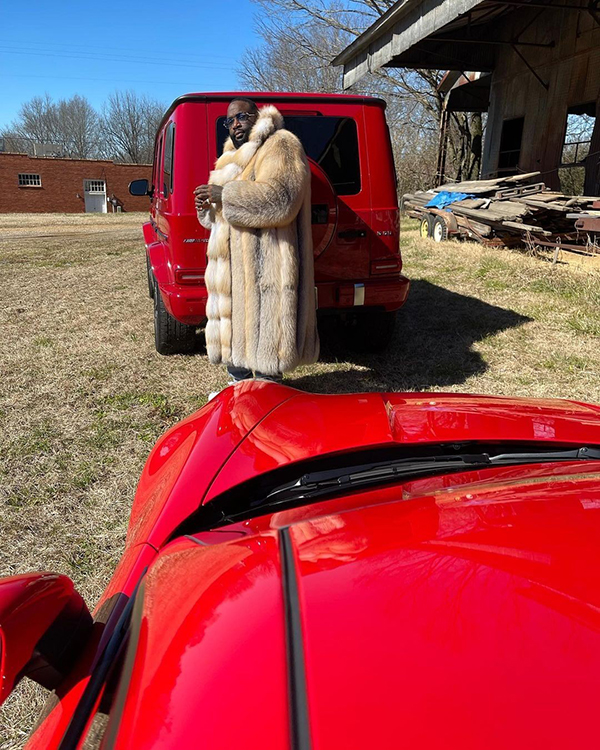 It’s unclear from the photoshoot whether his model is a Porsche 911 Carrera, a 911 Carrera S, or a 911 Carrera GTS. But the rapper previously even wrote a song called “911,” a tribute to the Porsche model.

The Mercedes SUV is an AMG G 63, which is a very popular choice among celebrities. Under the hood of the boxy off-roader, the German brand put a 4.0-liter twin-turbocharged V8 engine, which sends power to all wheels via a nine-speed automatic transmission, delivering 577 horsepower (585 ps) and 627 lb-ft (850 Nm) of torque.

Naturally, he can’t stay away from his day-to-day rides. On February 11, he shared an Instagram Story with him showing off a couple of his Rolls-Royces, a white Chevrolet Corvette C8, and a black Cadillac Escalade ESV.