What line of work do you have to be in to consider buying a limousine version of the Mercedes-AMG G 63 that could take a bullet or more, and a couple of hand grenades apparently, for you? 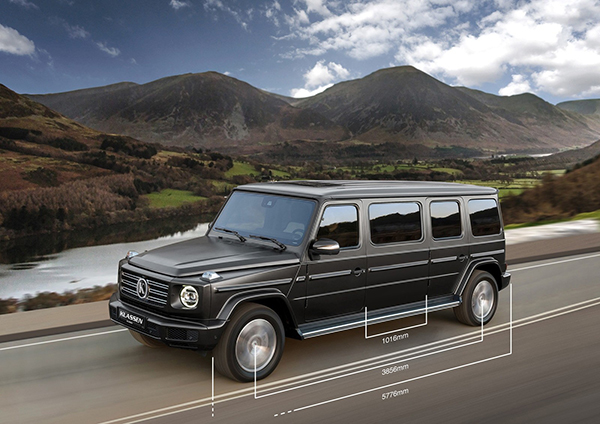 Actually, don’t answer that question, especially if you are already thinking of sprucing up your motorcade with such a ride, and forget that you saw my name up there. Instead, you should focus on what really matters, and that is the pictured vehicle, which bears Klassen’s signature on all modifications.

A very good way of making your VIP/or dictator friends jealous, it is a brand new car – if you can call something that won’t fit in most garages a car. The people behind it claim that the wheelbase has been extended by a crazy 1,016 mm (40 in) in the middle, where that extra section lies, between the front and rear doors. As a result, the wheelbase is now 3,906 mm (153.8 in) long, and the vehicle measures 5,897 mm (232.2 in) from the front bumper to the spare wheel cover.

Having only the delivery miles under its belt, it sports a matte black paint finish, and has darkened rear windows for some much-deserved privacy. If it wasn’t for the stretched stance, you’d probably think that this is a typical G-Wagen, from the new generation. However, you are actually looking at the top-of-the-line grade of the 4×4, the one born in Affalterbach, under the close watch of Mercedes-AMG. 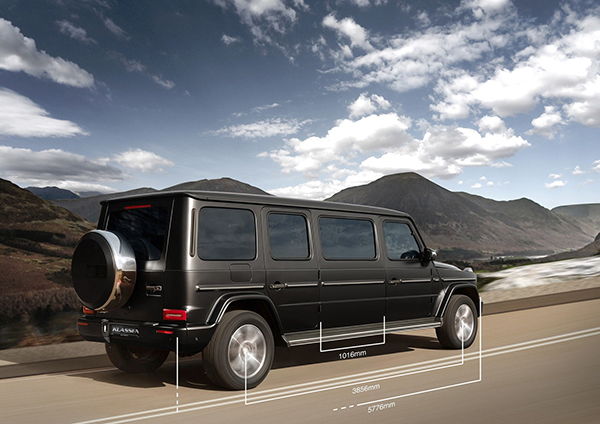 Despite being much longer than stock, and sporting reinforcements all around, because it has ballistic protection in case you forgot, as well as reinforced suspension, and other tweaks, this Mercedes-AMG G 63 doesn’t boast any extra oomph.

And speaking of things that cost more to add straight from the factory, name it, and chances are that this very special rcedes-AMG G63 has it. The list is very long, and you can check it out in the ad on Klassen’s official website here. That’s right, the pictured G-Monster, excuse us, G-Wagen, is for sale, and unfortunately, they haven’t released any pictures of the interior at the time of writing. 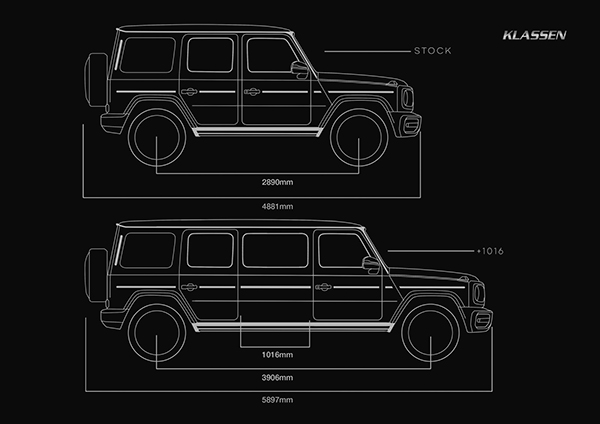 Nevertheless, one should expect to find a partition wall inside, separating the driver from those sitting at the back, and a whole bunch of luxury and technology gizmos that would make the chauffeured life much more pleasant for the ‘royalty’ whose name will be written on the dotted line, and their close ones/business associates.

Now, you know the saying ‘if you have to ask how much it costs, you probably cannot afford it?’ Well, it fits this stretched and armored Mercedes-AMG G 63 like a glove, because even if the vendor hasn’t mentioned the asking price, it is obvious that it costs more than an arm and a leg, isn’t it? As a matter of fact, you’d probably have to throw in a kidney, some liver, and cornea too, alongside your life savings in order to be able to afford it.

But would you actually ever need such a sumptuous and imposing machine, and better yet, would you blow a small fortune on it if you had that much cash lying around? Work that keyboard in the comments section down below, and don’t forget that your opinion is always important to us.