On the outside, there are only a few indications that this particular Mercedes-AMG G63 has been customized. These include its blacked-out front grille, “K” logo replacing the three-pointed star emblem, and a new set of wheels. However, there’s more to it than meets the eye.

Beneath its body lies a sturdy layer of armoring graded at VR8 or BR6. Such level can withstand shots fired from SVD sniper rifle and AKM automatic rifle variants. The video does not show us how it performs against explosives, but based on the Inkas S-Class with the same kind of armoring that we covered not so long ago, it should be able to withstand a simultaneous detonation of up to two DM51 grenades. 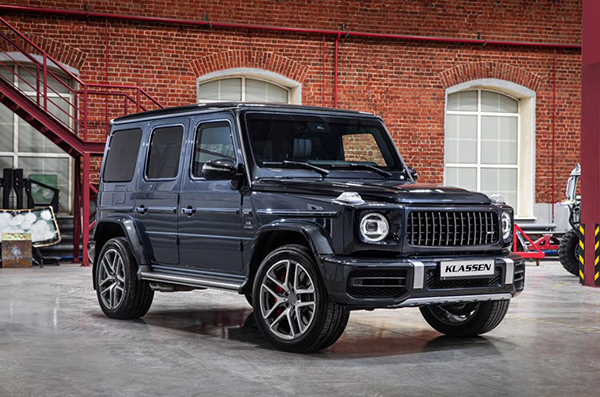 We don’t get to see much of the interior of the Klassen G-Class but a glimpse of it in the video shows a two-tone leather in black and beige. A further examination of the features of the auto on the official website of the German aftermarket tuning company responsible for the G-Wagen’s armoring reveals several customization options to choose from, including perforated leather seats in black and dark brown as well as black and red combinations. The seats come with special diamond-pattern stitching while some other parts of the cabin benefit from carbon-fiber inserts. In addition to these, the SUV features five emergency exits for an easy way to escape if the vehicle tumbles upside-down or sideways.