A very rare, almost new Mercedes-AMG G 63 6×6 pickup truck is going under the hammer with Bonhams, at an auction scheduled to take place on the 16th of December, in London. Just over 100 such examples were built. 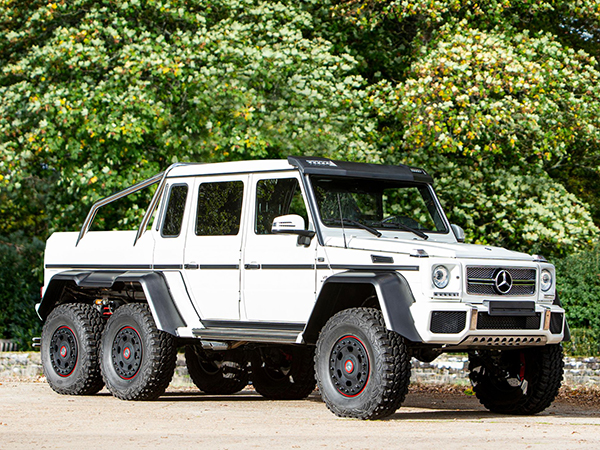 You certainly don’t see it on the roads very often, as only a little over 100 units of the Mercedes-AMG G 63 6×6 units rolled off the assembly line between 2013 and 2015, at the Magna Steyr plant, where the series production G-Class is also made. 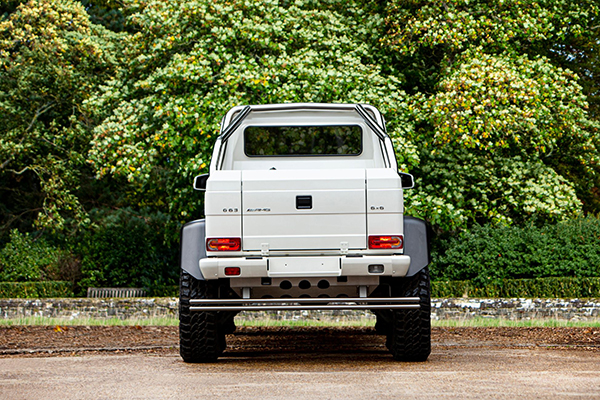 This model is almost new as it has only 176 km (109 miles) on the odometer. The concept was originally developed for the Australian military. The 5.5-liter AMG V8 twin-turbo engine (codenamed M157) that powers the behemoth develops 544 ps (536 hp) and 760 Nm (561 lb-ft) and is mated to an AMG Speedshift Plus 7G-Tronic automatic transmission.

What makes this model ultra special are the portal axles. Compared to rigid axles, where the wheel is centered on the axle shaft, with portal axles, the fixing point is placed above and it is connected to the wheel center through a portal gear. This way, the ground clearance increased considerably from 210 (8.3 inches) to 460 mm (18 inches). The portal axles raised the ground clearance to a record level, alowing the fitting of very large tires, 94 cm (37 inches) in diameter and like the Hummer H1, the Mercedes-AMG G 63 6×6 is equipped with a very powerful compressor that allows the tires to be inflated in just 20 seconds from 0.5 bar to 1.8 bar. 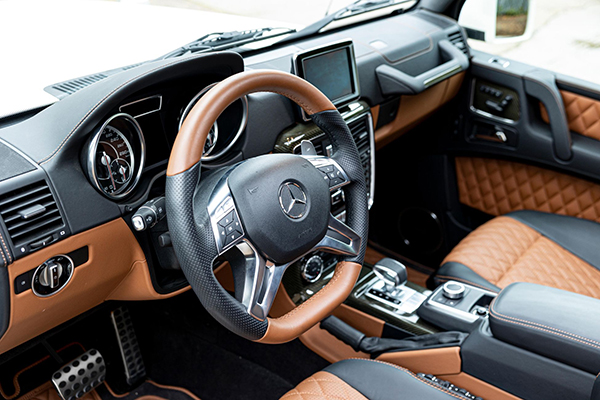 The model offered for sale has been built for the Kuwaiti market and among the options available are the Harmon Kardon surround sound hi-fi system, DVD Changer with Rear Entertainment, electric sliding sunroof, leather-trimmed dashboard, special AT off-road tires and a top speed limited to 160 kph (99 mph). The photos show that the screens of the rear entertainment system still have the protective plastic film. The seats are upholstered in two-tone leather, brown and black.