What makes the Mercedes-Benz G-Class so unique? Is it the military heritage, the ability to mix end-of-world off-road capabilities with ritzy mall crawling, or something else? Perhaps its penchant for quirky derivations? 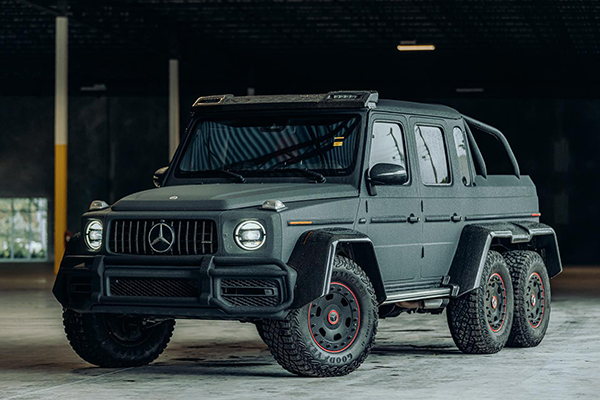 Introduced back in 1979 in civilian form after the project was initially developed as a military vehicle (based on a suggestion by the Shah of Iran, a Mercedes shareholder at the time), the Mercedes-Benz G-Class is sometimes smooched as the G-Wagen or G-Wagon. That is due to its German moniker of Geländewagen, with the vehicle being a 4WD model produced for Mercedes by Magna Steyr, in Austria.

Over the years it has quickly developed a major cult following based on its boxy design and rigorous body-on-frame construction with lots of locking differentials. The second-longest Mercedes nameplate still in production after the (arguably) tougher Unimog, the G-Class, has been produced in countless versions and special editions.

From protective Guards to Cabriolets and from 4×4 squared to Maybach Laundalets, anything goes for the G, as long as it further adds to the iconic heritage and makes a bucketload of profits for the German automaker. Alas, one of the most renowned ideas was when the company decided to mix and match the legendary AMG G 63 version with a 6×6 pickup truck body. 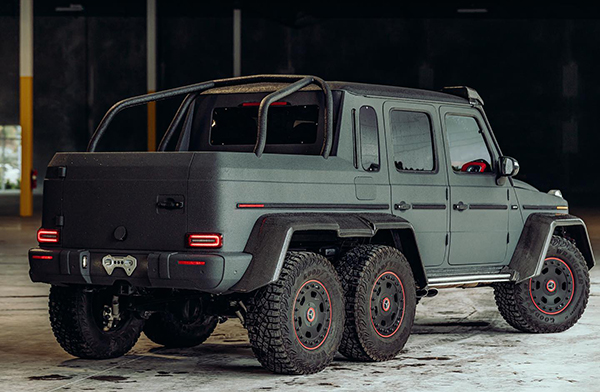 OEM-built to mark three decades of G-Class production, the 2013-2015 Mercedes-AMG G 63 6×6 combined the then-current 536-hp 5.5-liter M157 twin-turbo V8 from the G 63, portal axles, 6×6 drive, a pickup truck body, and the classic luxurious interior, all in one street-legal package that was more expensive than an arm and a leg.

And that, naturally, gave a lot of folks some neat ideas. Enter into the fold the aftermarket company called Apocalypse 6×6. Never mind the doom-like name, as they are seeking to stand out in the flourishing 6×6 truck conversion crowd as much as possible, and they are clearly playing the outrageous card.

And they do so with a penchant for drama, also, given the current “six trucks of the apocalypse” model roster. It consists of stuff like the Jeep Gladiator-based Hellfire, Sinister 6, or Doomsday – which have starting prices of $155k, $185k, and $200k when switching from a turbo diesel engine to the Hemi 392 or SRT Hellcat with a massaged stable of 750 ponies. 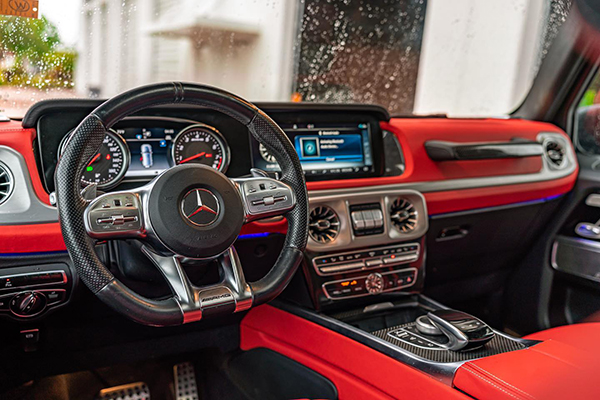 Then there are even more crazy options. The Darkhorse is a bit out of context since it’s a Ford Bronco SUV-based 6×6 transformation, but then there are also a couple of Ram 1500 TRX-based flagships. The $250k Warlord packs the same Hellcat engine but now with 850 horsepower. And then there is also the $297k Juggernaut, something that needs to be seen in person to properly believe it. And we are not going to hold it against anyone who decides to start running amuck crying their outrage – it’s not everyone’s modified 6×6 truck cup of tea!

Plus, the details are ‘simple’ and intriguing at the same time: “Apocalypse adds their patented middle axle to make this a fully functional six-wheel-drive vehicle, before coating the entire exterior in a Gun Metal Gray Kevlar shell, adding carbon fiber fenders, roll cage, 4’ (122 cm) pickup bed, and a red plus black Alcantara interior.” There you have it, all the highlights in a nutshell.