Much of the Northern Hemisphere is covered in a blanket of snow at the moment, and that’s especially true for the United States. Naturally, just about everyone is wondering what to make out of all the freezing temperatures and influx of flurries. Well, according to one particular RC car owner, we could all take a break and go on an adventure… in our own backyard.

If you’re reading this article in the United States, it’s likely you have at least some snow in your backyard. Recent days have been brutal in the Lower 48, with heavy snow falling as far south as southern Texas. The Midwest, Northwest, and Northeast states all have snow on the ground and as this article is being written, another major storm is brewing for the eastern half of the country. What are we to do with all this snow?

Take a freaking snow day and play in the backyard with a Mercedes-AMG G63, that’s what. 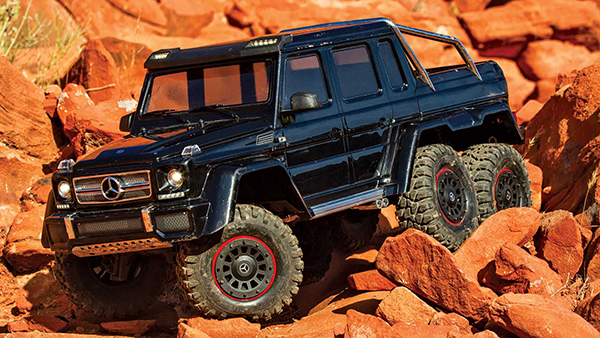 Granted, a standard G63 isn’t in the price range for most people, never mind a bonkers 6×6 version. It’s also a tad large for backyard antics, but the 1/10 scale TRX-6 rock crawler version from Traxxas fits the bill just fine. We covered the mighty Merc when Traxxas released it back in 2019, but the above video posted recently to YouTube by Ari Tattar reminds us just how epic this little truck really is – regardless of the weather.

To refresh your memory, Traxxas offers this kit right out of the box with full-time six-wheel drive, remote locking differentials, waterproof electronics, and just like the actual G63, it has portal axles for more ground clearance. It also comes with a detailed body and functional LED lights, though this particular G63 has been wonderfully detailed with all kinds of extras. The engine sounds are cool, the roof rack is cool, and the camera work in making this video is outstanding. It certainly caught our eye, and for those unaware this 1/10 scale radio-controlled rig exists, we suspect many people would think it’s the real deal. 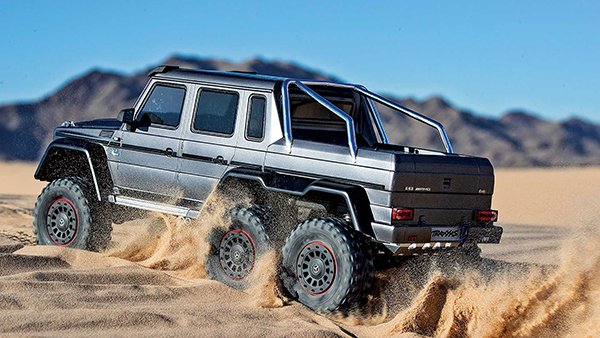 Rock crawling has become a very popular R/C activity in recent years, both in terms of legit off-road capability and attention-to-detail in the models. We’ve seen quite a few custom builds, not to mention the amazing Traxxas Ford Bronco that came out a few years ago. Still, it’s hard to not love this 6×6 plowing through the snow as if it wasn’t even there.

And when this snow melts in a few weeks, perhaps we’ll return to this channel to look for some epic 1/10 scale mud racing.