After declining a $1.35 Million Bring A Trailer bid, this Brabus G63 AMG 6×6 just sold without reserve at Barrett-Jackson’s Scottsdale event. 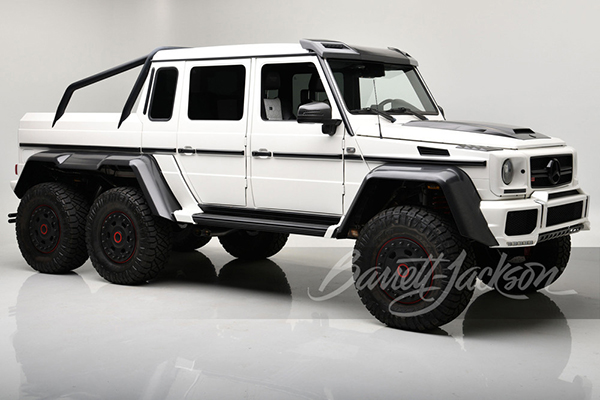 Not too long ago, we brought you the story of this monstrous Brabus G63 AMG 6×6 making an appearance on Bring A Trailer. Obviously, we were taken aback a bit. Especially considering that the 6×6 was never even sold in the US. So, to legally have one on US roads, a buyer must go through the process of importing one for Show and Display. With an original price of $1,000,000, we were expecting a pretty massive number. However, shortly after that, we brought you another article covering how, astonishingly, the Brabus brute went unsold for a whopping $1.35 million. Evidently, that didn’t meet the reserve set by the seller on Bring A Trailer. They must be after quite a lofty price. However, they’ll never get a chance to get it, unfortunately.

Imagine our surprise to stumble upon this white monstrosity once again when perusing through the Barrett-Jackson Scottsdale 2022 even catalog. We were watching the auction closely to see what kind of numbers this thing would finally pull, and, unfortunately, it didn’t go as high as we thought it might. Furthermore, this time the seller sold it without a reserve. 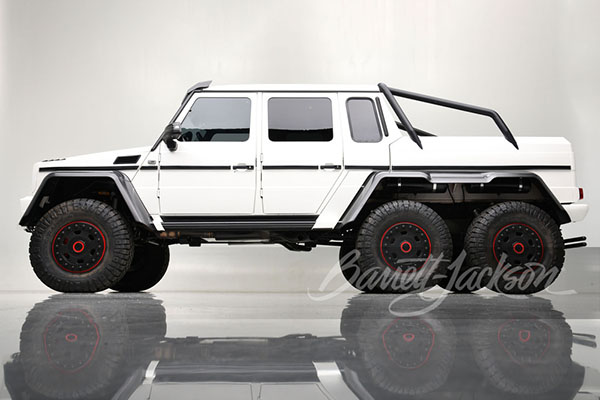 A Little Underwhelming on the Final Hammer Price
Just for due diligence, let’s quickly rehash the details that this purchase entails. Obviously, this is no standard G wagon. The new owner of this beast has a monster on their hands like no others in the US. While a few other G63 6×6 examples have been imported for Show and Display, this is the only Brabus example we’re aware of.

The Brabus B63S-700 includes a custom exhaust, bespoke running boards, special LED lighting, a carbon fiber hood, and a custom grille. Additionally, it has carbon fiber fender flares and a tubular rear bumper. Instead of the original 536 horsepower, this engine makes 700. Additionally, accompanying the horsepower is 708 pound-feet of torque. That’s an insane amount of power for something that is nearly 20 feet long and over seven feet tall. We can’t imagine putting this thing around town is a straightforward task. 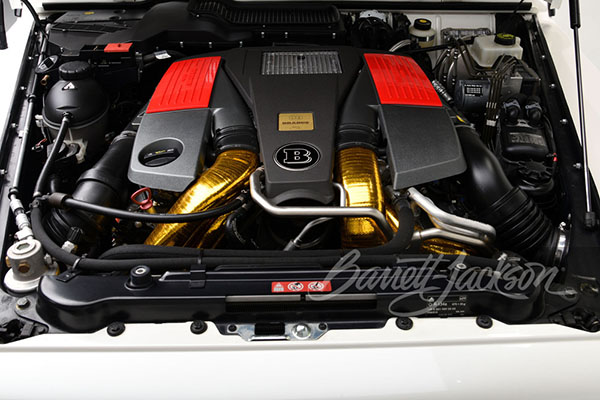 Now, let’s address the elephant in the room. They say hindsight is 20/20, and the seller has to be looking back at the Bring A Trailer bid and kicking themselves. At Barrett-Jackson, the Brabus G63 brought a no-reserve sale price of $1.21 million. Of course, that’s still a lot of money. However, it’s a whopping 140,000 shy of the Bring A Trailer auction. Ouch.

A Once in a Lifetime Ownership Opportunity, Probably.
Sadly, if you were in the market for something like this, your chance to own this monster has come and gone. After all, with it likely being the only one on US soil, we’re not liable to see it come up for sale again any time soon. However, we’ve been wrong before. Who knows? Maybe the new owner is looking for a quick flip. If we were to estimate, we’d say they could probably make around $140,000 on it—just a guess.

At any rate, the rollercoaster of emotions associated with the sale of this 6×6 beast has finally come to an end. What a ride!