Mercedes-Benz has to condense the EQS’s fast, smooth and refined formula down into the EQE, and we’d already say it has a strong real-world electric saloon on its hands. 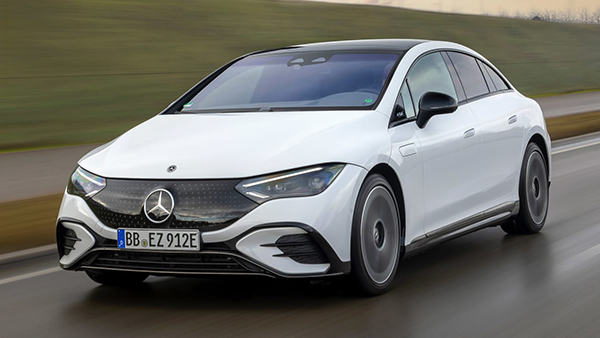 Mercedes is embroiled in an arms race with Audi and BMW in the push towards electrification, but while the EQS limo has impressed us, it’s further down the range where the battle will be won or lost. That means cars like the EQE – in effect, a rival for the Tesla Model S and Porsche Taycan.

Anyone who’s owned a large executive saloon over the years should also be interested in the EQE, because in the medium to long term, this model will ultimately replace Mercedes’ long-lived E-Class. And now we’ve had a chance to ride in a late prototype of the new model, near the company’s headquarters in Stuttgart. 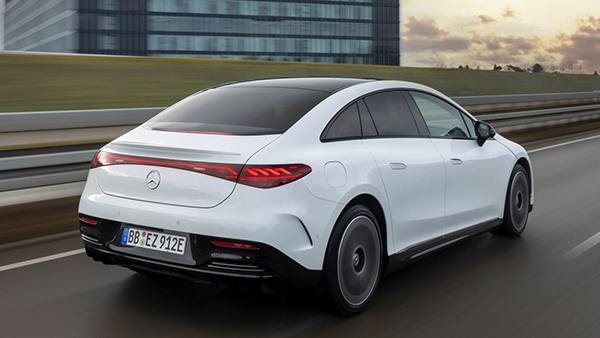 In its current form, the E-Class isn’t far off a limousine in size, with an overall length approaching five metres. There’s not much between the old stalwart and the EQE on that score, but as you might expect, the EV is slightly wider and, yes, a little taller.

Our EQE 350 prototype has a single motor mounted at the rear, producing 288bhp and 530Nm, enough to take a car weighing in excess of two tonnes from 0-62mph in less than six seconds, and on to a top speed of 131mph. Those numbers won’t quite trouble a Taycan or a Model S but then, Merc’s AMG division already has plans for at least two faster EQE variants. 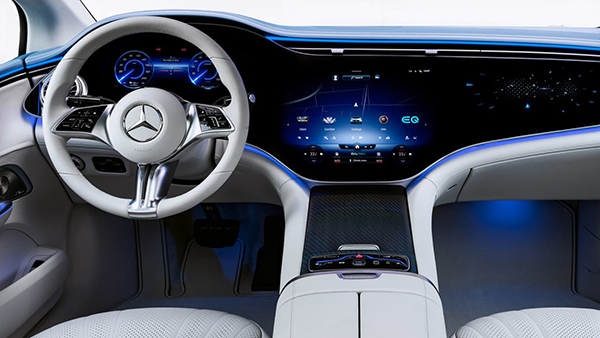 There’s a 90kWh (usable) battery, delivering up to 410 miles of range on the WLTP test cycle, and the EQE can be recharged at speeds of up to 170kW; fast but, again, a step behind what’s offered by Porsche and Tesla. Mercedes clearly believes that since it can add more than 150 miles of range in barely 15 minutes, when connected to the right charger, it’s quick enough.

Our ride reveals that the same could apply to the EQE 350’s performance, because it feels alert and rapid. You don’t get that sledgehammer slug in the kidneys as with some fast electric saloons, but the delivery of that 530Nm is instant, and it’s hard to see how you’d ever consider it slow.

The ride is comfortable and controlled, with a cushioning quality over scarred road surfaces and decent resistance to body lean in corners, but it’s worth pointing out that our test car was fitted with air suspension that may be optional in the UK. It certainly feels like a base that could cope with extra performance, and that’s what AMG will deliver with the EQE 43 and 53 models. These four-wheel-drive editions will boast twin motors for outputs of 469bhp/860Nm and up to 677bhp/1,000Nm, enough for the 0-62mph time to tumble to 3.3 seconds.