Mercedes-Benz has announced sweeping changes to plans for its product line-up over the next five years – and it will double down on electric cars by introducing an executive saloon EV within the next 18 months, alongside two pure-electric SUVs and a flagship EQS limousine. 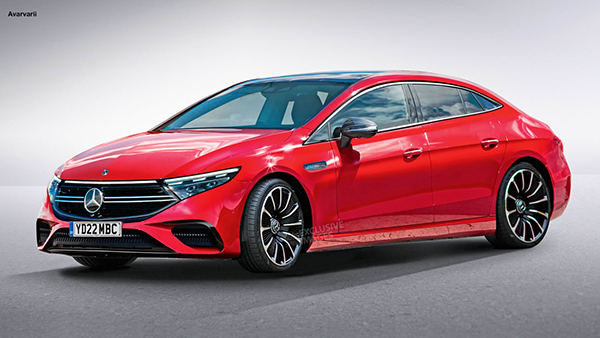 Called the Mercedes EQE, the new saloon will give the German company a direct rival for the Tesla Model S and trump both of the current E-Class’s main competitors, the BMW 5 Series and Audi A6, by becoming the first full-electric offering from a German premium brand in that area of the market.

The new model will be based on Mercedes’ dedicated Electric Vehicle Architecture (EVA) – a platform that will make its debut in 2021 with the launch of the EQS limo. That flagship model is expected to feature a 100kWh lithium-ion battery with a theoretical range of up to 435 miles – plus fresh levels of autonomous technology and connected services.

EVA has been described by Christoph Starzysnki, vice-president for Electric Vehicle Architecture at Mercedes, as “fully scalable”, and a downsized version, most likely with a smaller battery delivering around 300 miles of real-world range, will support the EQE and a sister SUV previously uncovered by Auto Express. The saloon should be available with single and dual-motor layouts, too, offering customers the chance to decide whether they’ll focus on performance or range. 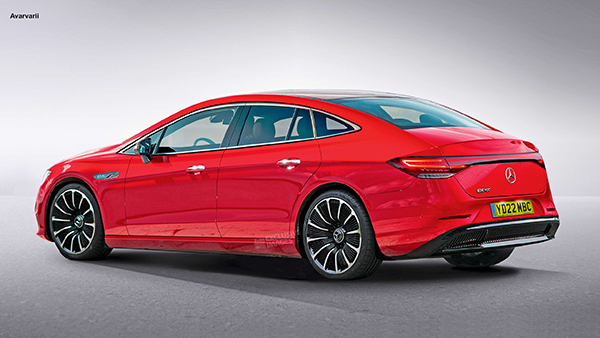 Mercedes accompanied its announcement with the first official images of the two EQE models, albeit wearing disguises, as they joined the EQS in testing near the Black Forest in Germany. Our exclusive images here peel away the camouflage to show how Mercedes’ design team will incorporate its ‘EV’ styling cues – first seen on the current EQC – into a lower, sleeker saloon.

The front is influenced by the styling of the EQC, using ultra-slim LED headlights and a flush grille that celebrates the car’s lack of a combustion engine. The rear of the car looks rather more conventional, albeit with tail-lights that have been designed to clean up the trailing air and reduce drag to improve the car’s battery range.

The most notable element of the side profile, meanwhile, is an extremely short rear overhang – a sign of how Mercedes has tried to exploit EVA and the lack of a combustion engine by stretching the wheelbase to its limits in search of better cabin accommodation. No dimensions have been issued, but the EV layout means that the EQE could boast rear legroom comparable to that of the latest S-Class.

Mercedes says the EVA products, led by the EQS, will be launched “from 2021” and adds that the EQE saloon and SUV will “follow soon”. Auto Express understands that we’re likely to see the first of these models as early as 2022, with sales starting later that year or in early 2023.