Mercedes is ramping up development of its fleet of electric-powered EQ models, as early prototypes of the EQE SUV hit the road in Germany for the first time. 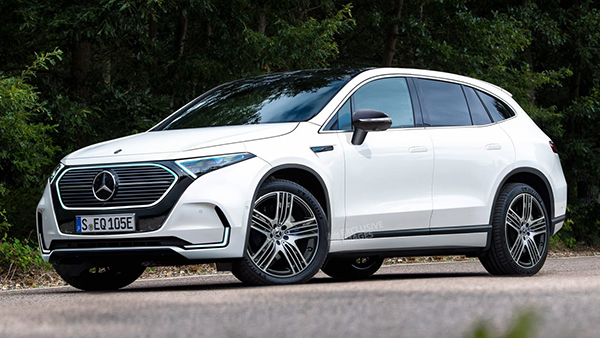 Mercedes’ ambition is to have a range of fully electric vehicles under the EQ brand that mirror the firm’s conventional line-up. The first was the EQC – an electric alternative to the GLC – and the more compact EQA and EQB models will arrive at the end of this year.

Beyond that will be the EQE – a badge that will be shared across a large saloon as well as an SUV. Prototypes of the saloon have already been spotted testing, but this is our first sighting of the SUV, and it reveals that the two models will share an almost-identical front end.

The heavy disguise makes it difficult to pick out the finer details, but it’s clear that the EQE models will feature slender LED headlights that merge into a single-frame grille. From the A-pillars back, the SUV takes on more traditional, boxy 4×4 proportions. Compared to the EQC, other styling changes include a stubbier bonnet, longer wheelbase and a more rakish, swept-back cabin. 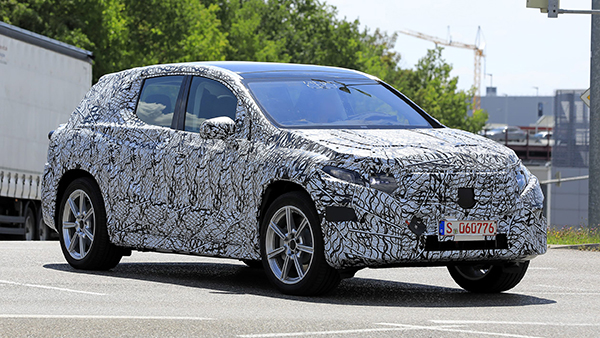 Although prototypes have hit the road, the production version of the EQE is still several years away from hitting showrooms – possibly in 2023. It’s also likely that the EQE saloon will arrive ahead of the SUV, but only by a matter of months because Mercedes is looking to capitalise on the lucrative luxury EV market.

Beneath the skin, the EQE will sit on Mercedes’ new dedicated EV platform, which makes its debut on the EQS saloon next year. Called MEA, the new base will allow for greater flexibility when it comes to determining a vehicle’s proportions, wheelbase and practicality, because the engineers don’t have to accommodate a gearbox or engine. As such, the EQE will be a purpose-built EV, compared with the EQC, which uses a modified version of the current GLC’s underpinnings. 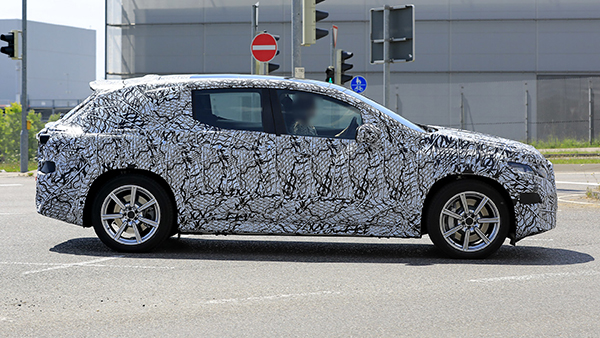 Mercedes is expected to offer a broad line-up of battery options and power outputs in the EQE, thanks to the modular nature of the MEA platform. In fact, the German manufacturer has already applied to trademark a whole host of badges, from EQE 300 up to EQE 600.

What we do know about the new platform, which is constructed from a mix of steel, aluminium and carbon fibre to minimise weight, is that it will be able to accommodate a 100kWh battery. The German firm has suggested that such a battery could make it possible to travel up to 430 miles. However, it’s almost certain that this will appear in the flagship model; cheaper versions fitted with a smaller-capacity battery and reduced range are also expected to feature in the EQE line-up. 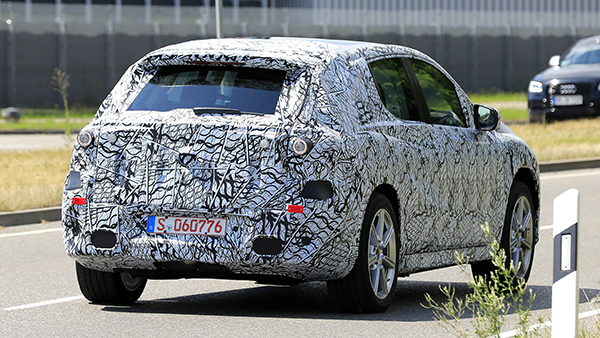 As well as ensuring the EQE is able to accommodate a large battery, Mercedes has also been prioritising ultra-rapid recharging with the new architecture. The EQE should be able to charge at a rate of 350kW, which will deliver an 80 per cent battery top-up in around 20 minutes.

Speaking about the new platform, Mercedes CEO Ola Kallenius, said: “Mercedes is opting for a completely new, fully-variable, battery-electric drive platform. This is in many respects scalable and usable on a cross-model basis.”

The MEA platform will initially only be used on Mercedes’ larger electric vehicles, starting with the EQS and subsequent SUV version, then the EQE line-up. The smaller and more affordable EQA and EQB models will use a modified version of the platform used by the conventional GLA and GLB crossovers.