Whether you like it or not, Mercedes-Benz is going all-in with electric cars. The price for that is that many combustion-powered cars from the brand will be sacrificed in the coming future. Even the next-generation Mercedes-AMG C63 will lose its V8 in favor of a hybridized 2.0 engine. Meanwhile, the German company is putting all its efforts into the development of its next-gen EVs.

Today we have a new spy video with the EQE – the zero tailpipe emission brother of the E-Class, which is still testing with a lot of camouflage. It was recently spied on public roads in Germany and while the intense disguise is not letting us see a lot, there’s something worth talking about.

The previous EQE prototypes we spied had a fairly normal suspension for a large electric car. Some of the test cars even seemed a bit lower than expected but the situation is exactly the opposite here – this EQE rides high and has considerable space between the wheels and the wheel arches. 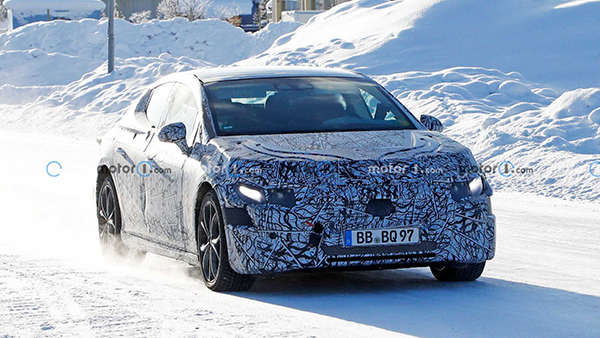 We can think of only one good explanation for that. Most likely, Mercedes is testing some sort of an adaptive suspension for the EQE and this video shows the electric vehicle in what is likely higher suspension settings. The wheels seem to have the same size as the previous prototypes and even the wheel design appears identical.

Honestly, we are quite surprised to see Mercedes is still testing so heavily camouflaged prototypes of the EQE. According to different sources, the all-electric vehicle should debut before the year’s end or early next year. Seeing how disguised this car is though, we assume there might be a delay from the initial plan.