In an interview with Automotive News Europe, Ola Kallenius, CEO of Daimler, has confirmed that Mercedes will attend the first edition of the Munich Auto Show this fall, which replaced the Frankfurt show. Kallenius admitted that due to the pandemic, the Munich Auto Show will not reach the size of the Frankfurt editions but will offer an opportunity for many brands to present their latest models. 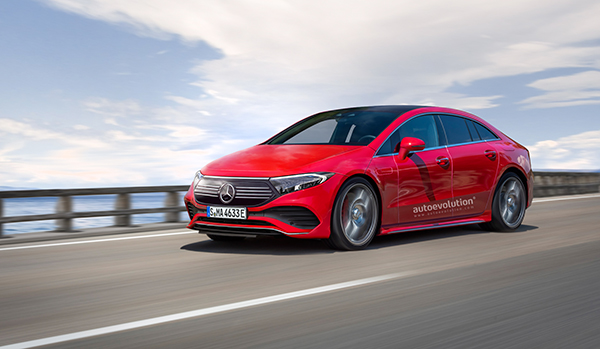 It is expected that Mercedes will present in Munich the new Mercedes EQE electric sedan but also the new generation of the Mercedes SL roadster. Mercedes EQE will compete with Tesla Model S and will be placed in the range under the new EQS. Both cars will share the new EVA dedicated electric platform. Mercedes SL receives a textile roof again and promises to become a sports model again, being developed by the AMG division.

The Munich Auto Show will not enjoy a large presence due to uncertainties about the evolution of the pandemic. Mercedes, BMW, VW, Audi and Porsche have announced that they will be present. Ford, Renault, Hyundai, Polestar and several Chinese manufacturers have announced their presence among the non-German manufacturers.

Instead, the new Stellantis group will be almost completely missing. Peugeot, Citroen, Fiat, Alfa Romeo and Jeep have announced that they will not participate and only Opel is still considering whether to participate or not. The Munich Auto Show would be the first major European event in the car industry since the beginning of the pandemic. Last year, the shows in Geneva and Paris were canceled. The 2021 edition of the Geneva show was also canceled, but the organizers announced that they are considering organizing the 2022 edition.