Mercedes-Benz EQC is rumored to have its sedan version. We are yet to see the car in spy shots but some think it’s already hiding in plain sight. 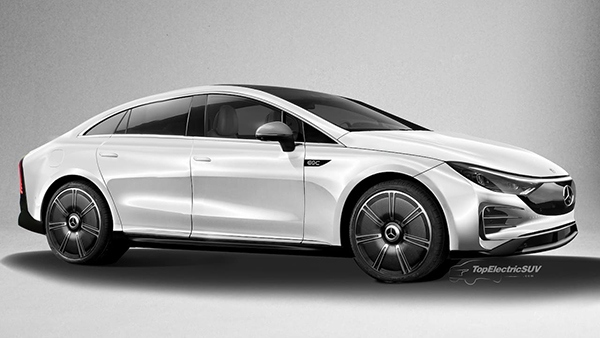 According to reports and hints from Mercedes, the Vision EQXX might be a preview of the current C-Class sedan’s replacement. The rendering sourced from TopElectricSUV shows what the upcoming EV would possibly look like.

The EQC Sedan concept here combines the elements found in the EQXX and the EQE Sedan unveiled early this year. It uses the MMA platform of Mercedes, but do note that it won’t be a minimized EQE. Instead, it will have a unique tail to distance it from the upcoming mid-range EV sedan. The dedicated architecture featuring a flatter floor means it will likely be lower and shorter than the current C-Class but it would be implemented without compromising the interior space of the EV.

The MMA platform is expected to significantly reduce the weight of the EQC sedan. Combined with the highly aerodynamic design of the EQXX plus its compact electric motor and battery, it would translate into very low energy consumption and long electric range.

As demonstrated by Mercedes, the EQXX is already capable of traveling 747 miles on a single charge. The test also indicated an energy efficiency rating of 8.3 kWh per 62 miles. The journey spanned from the headquarters of the three-pointed star marque in Stuttgart all the way to the Silverstone track.

If such electric performance figures would be carried by the EQC Sedan, it could break the record currently held by the 2022 Lucid Air EV in terms of longest electric range at 520 miles.