Previewed by the Generation EQ concept at the 2016 Paris Motor Show, the Mercedes-Benz EQC rolled out in 2018 to critical acclaim worldwide, although it doesn’t really deserve that lyrical waxing. Take, for instance, how many recalls the automaker has issued so far in Germany alone. 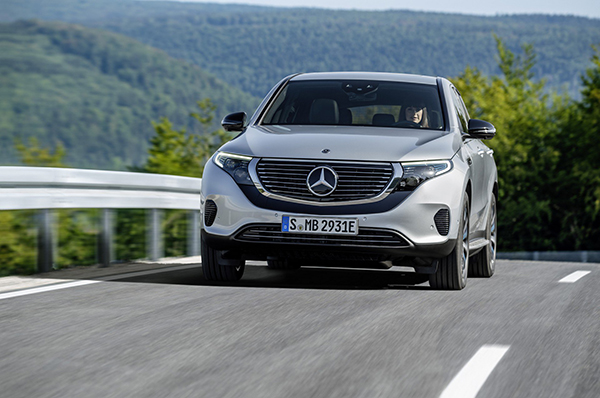 Including the callback we’re covering today, the all-electric crossover has been recalled on eight separate occasions for software, design, and manufacturing issues that can be traced back to the automaker’s woeful quality control. As the headline implies, the latest campaign involves water entering the power steering control unit, leading to power steering failure.

The Federal Motor Transport Authority, also known as the KBA, highlights 19,253 vehicles affected worldwide. 3,073 of those vehicles were originally sold in Germany. Mercedes-Benz dealers have been instructed to inspect the wiring harness and carry out any repairs as necessary, but in typical KBA fashion, they didn’t divulge the root cause of the water infiltration.

Adding insult to injury, the Stuttgart-based automaker has previously recalled the all-electric crossover in November 2020 for a damaged wiring harness that may lead to electric power steering failure and a vehicle fire.

Manufactured in Germany at the Bremen plant and in China by the Beijing Benz joint venture, the Mercedes EQC is a dual-motor affair that runs primarily in front-wheel drive to preserve battery charge. Originally intended for the U.S. market as well, the zero-emission sibling of the GLC-Class is flexing an 80-kWh battery pack and an 11-kW onboard charger.