The EQC was Mercedes-Benz’s first model to be exclusively electric. It was heavily criticized for using an ICE platform adapted to EVs, with all the compromises that this brings. This would have been all the negative we ever heard about this EV if it was not for 68 Chinese owners. They released a joint statement asking Mercedes-Benz to do something about frequent motor failures. 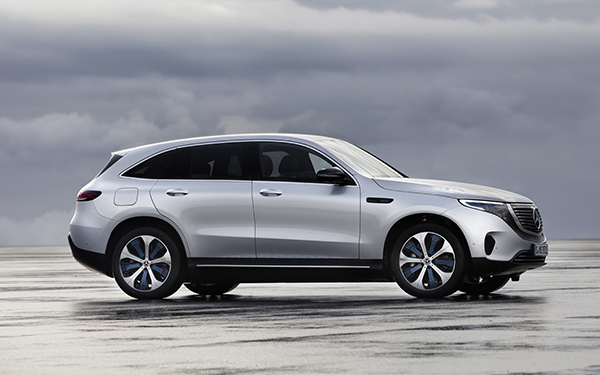 These problems would have started by the middle of 2021. The first sign that something is wrong with the EQC is a warning about a lack of coolant. Taken to dealers, these EVs would just be topped up, as if coolant leaks did not need adequate investigation. What eventually happened was that the motors soaked with coolant would stop working. They always had to be replaced; some battery packs were also affected.

Being in China made things more difficult for these owners. Just like the EQC itself, its electric motors and battery packs also had to be imported from Germany. Considering they are not worn parts, the German carmaker did not have them in stock. That import process made repairs exceed 35 days, which is more than any car could wait to be fixed according to the Chinese consumer law.

Among the 68 cars listed in the joint statement, the oldest ones date back to 2020, putting all of them still under the warranty period. Although they are apparently covered, the question is that some owners would have reported that replacing the motor did not stop the issue.

In a conversation with Caijing, a customer who preferred to identify as Wang Lin – that’s not his real name – reported precisely this situation. He said he only bought the EQC because it was a Mercedes-Benz. It was more expensive than a NIO or a Tesla Model Y and offered less range than both. The customer only accepted the premium price due to the reliability reputation this German automaker enjoys.

Wang Lin was quite disappointed to get the warning to top up coolant in July 2021. His car was still pretty new, with only 9,800 kilometers (6,089 miles) on the clock. One week after getting more coolant in a dealer, the screen showed a fault alert and would not move anymore.

The Chinese customer only managed to have his car repaired by mid-October. A month later, while charging, the warning about a low coolant level appeared again. Wang Lin went directly to the dealer and received bat news the following day: the motor would have to be replaced again. In other words, his new car had two motor replacements in a matter of four months.

According to the Mercedes-Benz client, it was not the worst story he heard: some affected customers had to replace the motor three times. Wang Lin now says he does not trust the car anymore and that he is afraid the motor will fail while the vehicle is in motion.

Caijing spoke to two more EQC owners that took part in the joint statement and also preferred not to identify with their real names. Huang Xin said that the consumer group that he integrates has more than 300 members, with 150 among them having had issues with the electric motors.

Zheng Jianyu took delivery of his EQC on November 12, 2020. The coolant warning appeared on June 19, but he had already had issues with the vehicle, such as the trunk lid opening without warning while driving. His car took more than 50 days to be repaired. He now calls it a “hot potato” that only achieves 280 km (174 mi) of range with a full charge and no air conditioning after the motor was replaced.

In their joint statement, these 68 Mercedes-Benz customers did not hold back on words. They said the German carmaker “deliberately concealed the truth and denied the existence of design defects.”

They also urged the company to “disclose relevant information and solutions on the design defects of Mercedes-Benz EQC motors” and “start the recall procedure for quality defects of automotive products to eliminate potential safety hazards in a timely manner.”

These Mercedes-Benz customers also separated those that already experienced the defect and those who may do so soon in different groups. For the first, they want their vehicles to either be replaced or bought back, as the Chinese consumer law establishes. In their opinion, the customers that are experiencing or will have issues with the coolant seal would be eligible for a warranty extension.

Caijing contacted Mercedes-Benz and heard back from the company that the cars had been repaired and given back to their owners. It just did not mention how long it took or how many times the same repair was performed.

The German carmaker did not address any of these 68 owners’ requests. It just said that it is contacting them one by one to “to actively understand their concerns and respond to their concerns in a targeted manner.” It is not what these customers were willing to hear.

There are currently two major hypotheses for the EQC motor issues: either a design flaw or a massive quality control issue for Chinese units. If it was a design flaw, it would probably occur in cars from customers in Europe or other markets. So far, we have not heard about them elsewhere, but it is not unlikely that they are just under the radar.

If you have had similar issues with your EQC, we would like to hear their story. If you know someone affected by the problem, tell them we would like to chat. We’ll also contact Mercedes-Benz to understand the extent of the problem and if the German company will fix it with a recall or not. We’ll have news about that soon.