As a rolling testbed for electric off-roaders, the Mercedes-Benz EQC 4x4x2 proves that there’s real potential. There’ll be no production versions of this mad Mercedes but the lessons learned from this project will feed directly into the fully electric G-Class that has been promised. 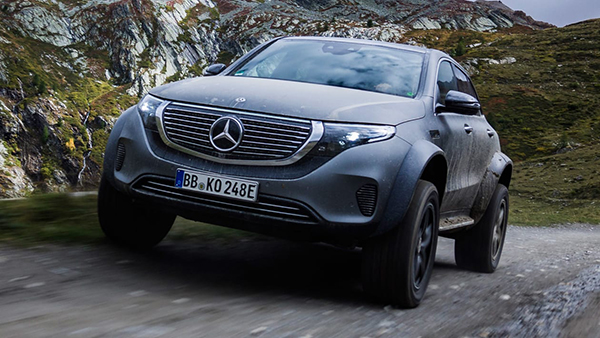 Mercedes has taken the EQC one step further to prove that an electric SUV can have a spirit of adventure. 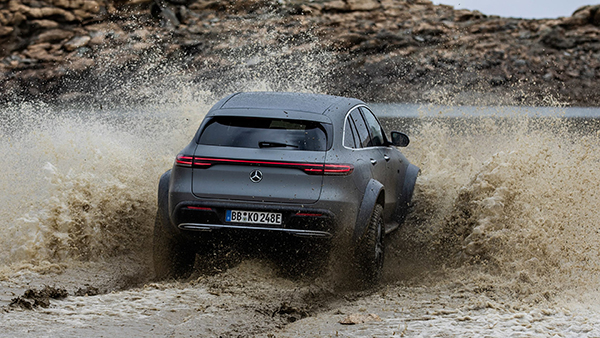 This is the EQC 4x4x2. It’s the third 4x4x2 vehicle Mercedes has produced, following on from the G-Class and E-Class All-Terrain. It’s the brainchild of a handful of engineers, who sacrificed their lunch breaks and threw in some overtime for half a year or so. 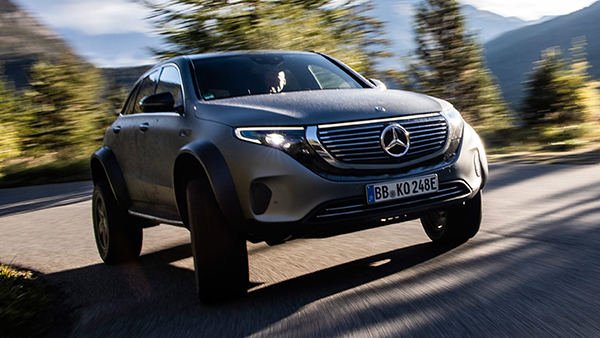 As with previous Mercedes 4x4x2 projects, the most important changes are made to the chassis; new portal axles, especially developed for the project, have been added. The 4x4x2 sits about 20cm higher than a regular EQC and the ground clearance has almost doubled. Not to mention the better approach and departure angles and the fording depth of 40cm – all increased beyond anything you’d expect from an EV. 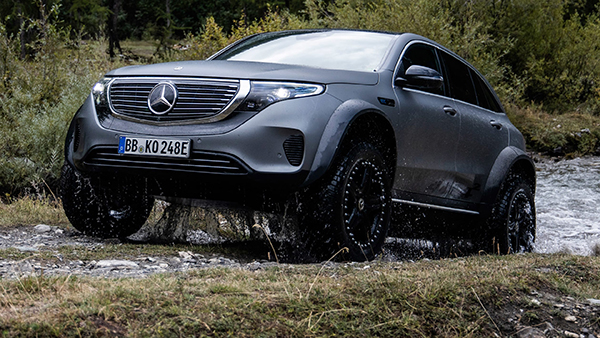 To make use of these new degrees of freedom the engineers also opted for a tougher setup for the air suspension, changed the tyres and added wide, 20-inch, beadlock rims to guarantee a lot of traction on loose ground. On top of that, the 4x4x2 gets new wheel housings extended by 10cm on each side. 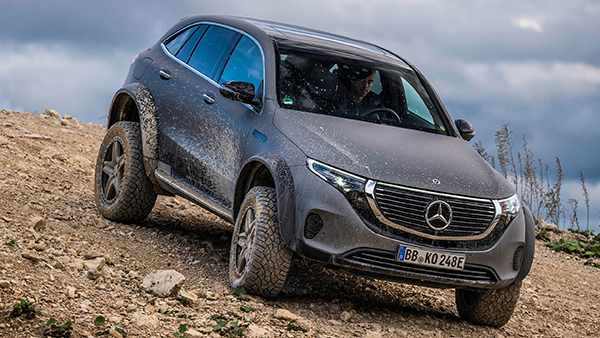 In contrast to the chassis, no changes have been made to the powertrain. The EQC 4x4x2 keeps the two motors with 201bhp and 380Nm mounted on each axle and the 80kWh battery in the floor. But at least the team did add two new drive profiles for off-road and extreme off-road driving. 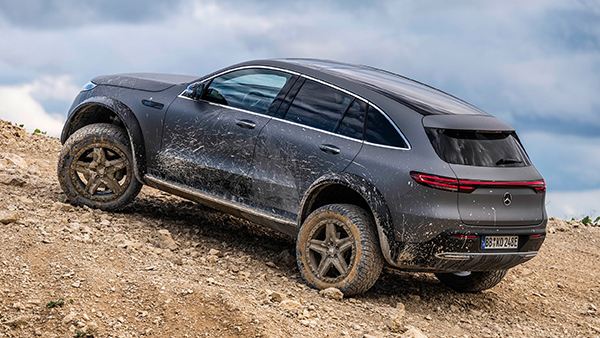 Given all these changes it’s no wonder that our first drive is not on the road but in a quarry. And while it’s already a task to climb behind the wheel, it’s no task for the car to climb the steepest hills, to crawl through knee-deep sand or to wade through puddles big enough for a boat. Almost no obstacle will stop it. 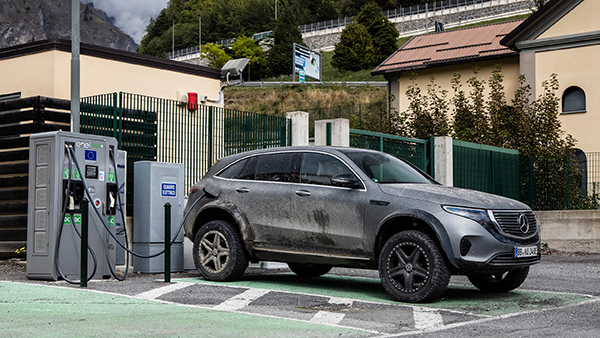 With every turn you make and every hill you climb, you learn that an electric drivetrain is actually a great fit for offroading. The high amount of instant torque and the ability to easily control the balance of power between the two axles makes this EQC feel right at home. Even the big battery under the floor is an advantage, because it not only lowers the centre of gravity but it’s also very well protected to begin with, so the engineers don’t need extra skid pads and the additional protection you’d usually need for the engine and gearbox. 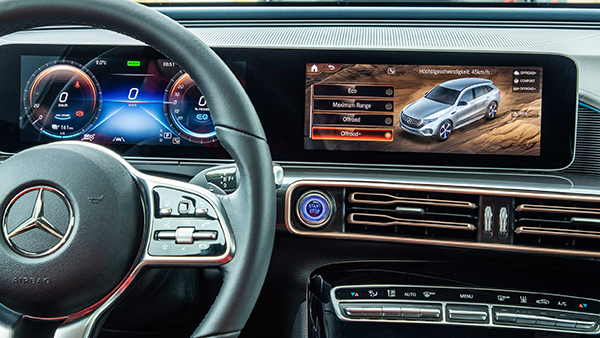 Driving the EQC 4x4x2 is a strange experience for two reasons. Firstly, because a quarry is the last place you’d expect to see zero emissions SUV working so well. And secondly, because the sound of silence is even more apparent than on the road. There’s no overworked engine while you squeeze the throttle up a steep incline and no noisy fans fighting for cool air over heavy ground. The only noise you hear is of the rattle of the rocks and stones beneath the body and in the wheel arches. 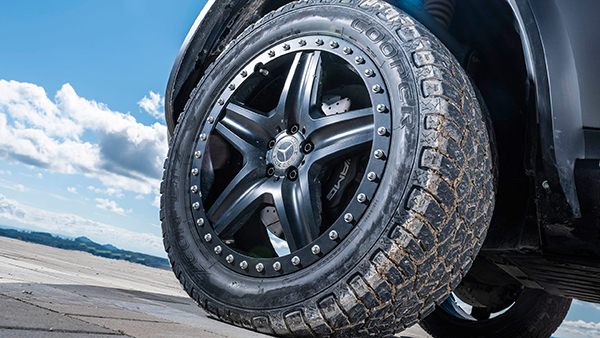 As fascinating as the EQC 4x4x2 might be, Mercedes is in no way considering a production version, not even in very limited numbers. But nevertheless, all the engineers learn about electric off-roading will eventually lead to a fully electric G-Class that was promised by Mercedes. 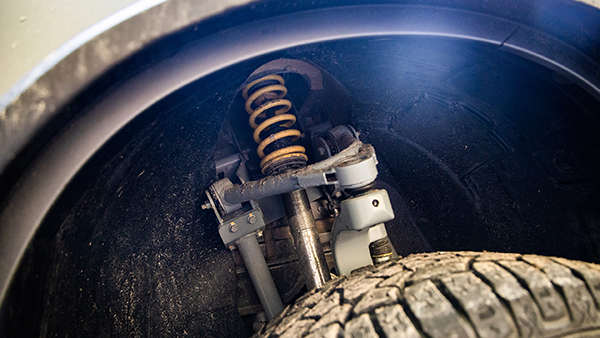 But until that vehicle arrives, the engineers have to solve one serious issue. Less than 100 miles were predicted by the trip computer on our drive due to the demands placed on the car during our drive. That sort of distance won’t get you very far in the countryside, where charging might be a real problem.