Mercedes-Benz EQC is based on the GLC, but it has a different front grille, as well as several design changes that place it between a conventional SUV and an SUV-coupé. 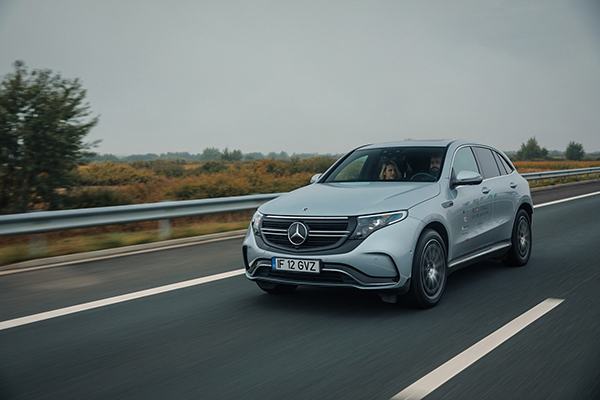 Mercedes insisted on keeping the grille and the front air vents, even though both are blanked out, to give the EQC an identity. The rear of the vehicle joins the two taillights with a LED strip, and the result looks cool in the dark and is still alright in the day.

On the inside, the EQC is a Mercedes all the way, so you have nice fabrics, soft surfaces, and a general shape that demonstrates that someone who knows what they are doing has designed this vehicle.

Unlike other EVs that are based on a conventional propulsion platform, you do not feel anything missing when aboard the EQC, especially if you have driven a GLC before.

Everything is where you would expect it to be, and all work in the manner that you imagine it to before trying to figure it out. Controls are straightforward, and the gauge cluster and multimedia unit are on the same surface but divided by a blacked-out bit of glass. 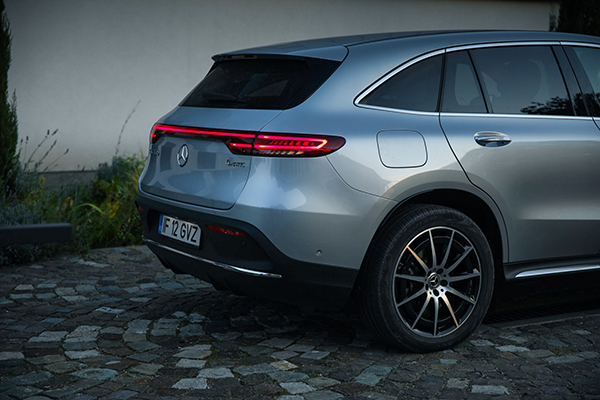 We also liked the way that the dashboard meets up with the door cards. The idea is far from new, and we have seen it time and time again in the Mercedes range, but it still looks good.

From an ergonomic standpoint, the EQC is easy to use if you have been in a modern Mercedes-Benz in the past three or four years and got the hang of it. It is easy to understand even if you just stepped out from an Audi or a BMW, so no worries here. The Mercedes MB UX is intuitive to use, and it gets updated to make it smarter and enable more functionality.

So, what is the Mercedes EQC like to drive? It all begins with perceived quality and comfort. You can feel it when you close the door and when you notice that things get a bit more silent. You press the start button, select Drive and start driving, all without any noises. The latter is common among EVs, but Mercedes seems to have gone a bit further with the soundproofing on this one.

The EQC 400 has two electric motors, one for each axle, and the result is a car that offers a feeling of power, but the real trick up its sleeve is the torque. The Mercedes EQC 400 offers 760 Nm (560 lb.-ft) of torque, and that is why this model feels as good as a conventional GLC, if not better. The car offers effortless acceleration, and it delivers that without a worrying decrease in range. 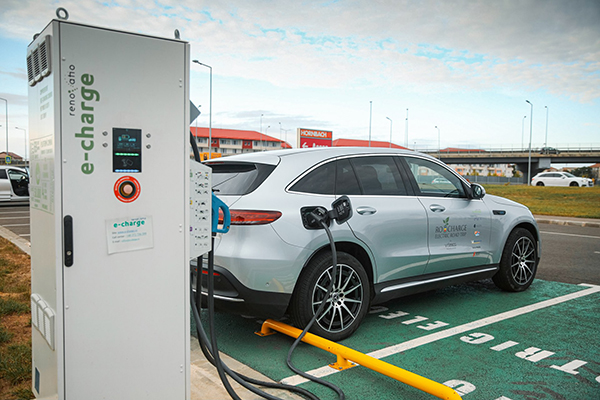 Instead, the Mercedes EQC 400’s range estimate goes down peacefully as the miles go by, without massive drops in the remaining range. That even includes the moments when you decide to floor it when other EVs show a drop in range almost immediately. The EQC seems calm and composed even in its sportiest drive mode.

The suspension is adjusted for comfort, and the steering has a similar setting Even though it feels precise, it was not made for sporty driving. After two years following its introduction, the EQC still feels fresh today, and it delivers a high level of comfort, along with a quiet ride.

Mercedes’s EQC feels best in the Comfort or Eco driving modes because those are where it can shine in its most comfortable forms. The individual mode allows users to configure a customized driving mode, while Sport offers a stiffer steering, a more punchy acceleration, and the suspension feels stiffer as well.

While the EQC can be enjoyed through a series of corners, which it will handle as well as possible for a vehicle of this weight and size, it is far more enjoyable in the Comfort and Eco modes. The level of torque offered by this model is high enough to allow passing other cars without ever considering switching to the Sport mode beforehand.

The EQC feels faster than you might think it is, and its weight is rarely felt. You can perceive it when slowing down for a slow corner, as well as on a succession of slow corners. However, one should not complain that much about the weight of an SUV of this size, especially with an electric drivetrain. 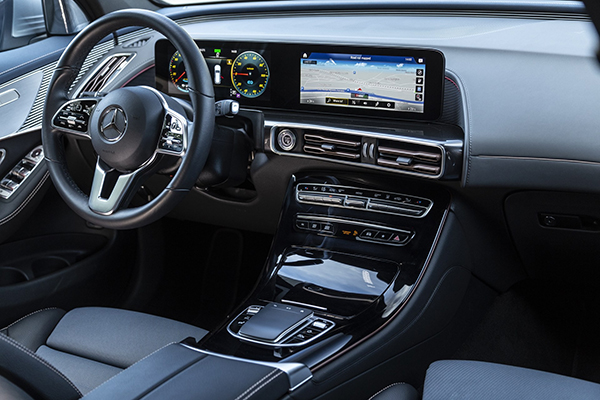 While Mercedes did not implement a full-on single-pedal drive mode, usually accessed with a dedicated button or an onboard switch, the German premium manufacturer does allow drivers to change the level of energy recuperation or coasting with the integrated paddles on the steering wheel.

There is also an automatic mode for that function. Basically, you can select between D, D+, D++, D-, D–, and D Auto. The modes with a minus in their name will slow the car down sufficiently when taking your foot off the accelerator, and you don’t need to press the brake in most normal traffic situations as long as you drive the EQC in a cautious and defensive manner.

We started our drive with a full battery, and the EQC’s onboard computer estimated a range of 321 kilometers (ca. 199 miles). That does not sound like much from a vehicle with an 80 kWh battery and an average WLTP energy consumption of 21.3 kWh/100 km (62 miles). 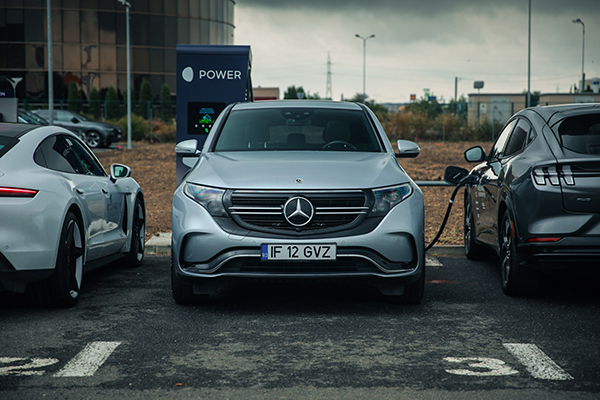 While its figures may not be that impressive at first, the EQC is comfortable and relaxing to drive, and its range is sufficient for traveling between more distant cities. Depending on how well you are familiar with your car, and after adjusting your driving style to an EV, you might be able to obtain an even better range without too much effort.

So yes, Mercedes-EQ has done a great job with converting the GLC’s platform for electric drive. The EQC 400 feels like a conventional Mercedes without having that “I am missing something” sensation while driving. And that is a big win for the three-pointed-star brand if you ask us.