Mercedes-Benz EQC sedan, otherwise known as the electric C-Class, is coming – that shouldn’t come as a surprise given the German automaker’s EV push in the past two years. In fact, Mercedes has already introduced seven electric models since it launched the EQC for the 2019 model year. 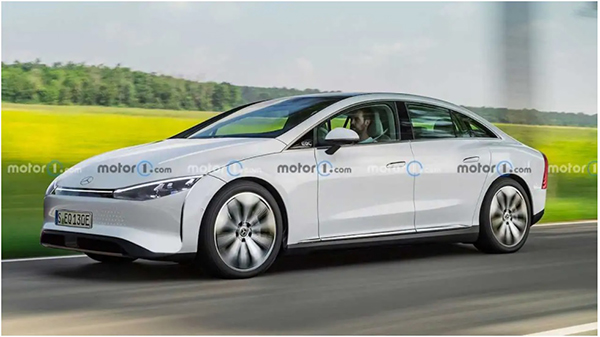 Fast forward to 2022, the automaker has introduced another electric concept called the Mercedes Vision EQXX at the start of January. The slick EV concept is said to preview an upcoming production model, more likely the future electric C-Class due to their similarity in size.

That said, Spain’s Motor gave us a preview of the upcoming electric C-Class sedan through an unofficial rendering based on the Vision EQXX.

What Mercedes touts with the EQXX is its impressive efficiency. The undisclosed battery pack allows up to 621 miles (1,000 kilometers) of range. Part of that efficiency comes from its relatively lightweight construction, tipping the scales at only 3,858 pounds (1,750 kilograms).

Another would be its aerodynamic efficiency with an ultra-low drag coefficient of just 0.17, allowing the sedan to cut through the air. Mercedes also worked with Bridgestone for its ultra-low-rolling-resistance tires that work hand-in-hand with aero wheel covers.

Whether the upcoming electric C-Class will adopt the Vision EQXX styling is beyond us at this point, but we won’t be surprised if that happens.

Mercedes has already confirmed that the next-generation EQC crossover and the C-Class EV sedan will eventually reach the US. The waiting game’s pretty long, though, as the launch is set in 2025.