Here’s a new Mercedes-Benz crossover for you to pore over. This mysterious electric Mercedes hasn’t been caught and photographed before, so this is our first look at it. Our eyeballs are telling us this crossover is around the size of the GLC. However, Mercedes already has the EQC electric crossover in this class. That crossover is sold in Europe, but not the U.S. yet. 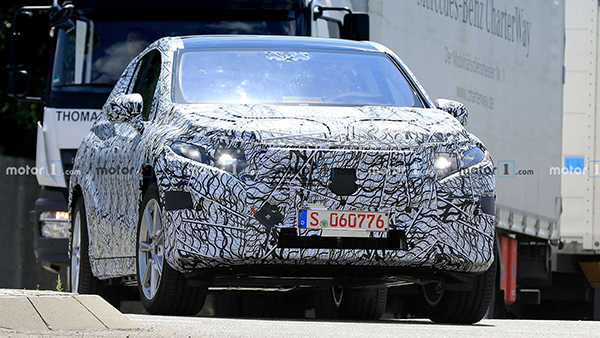 Our spy shooter claims to have some intel on this model from some Mercedes-Benz insiders. The biggest news is platform-related. Mercedes currently builds the EQC on a modified GLC chassis. Of course, building a purely electric car on a platform that wasn’t designed for it won’t net the best returns in packaging or efficiency. The crossover spied here is reportedly running on Mercedes’ MEA platform that was specifically designed for electric vehicles. If that’s true, then it should be vastly more efficient in its use of space than the current EQC. On top of that, the performance (range, charging, acceleration) should be greatly improved. 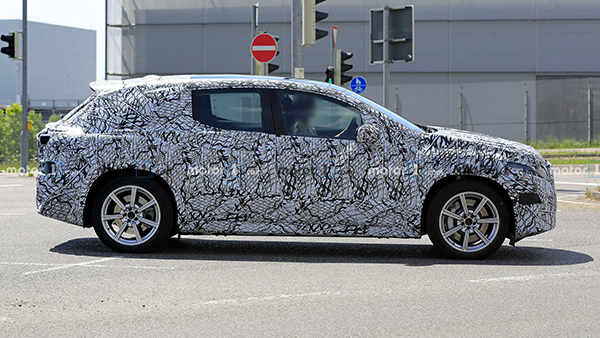 As for design, this doesn’t look anything like the current EQC either. Up front, it’s hiding a design that looks similar to the electric cars we’ve already spied from Mercedes: EQS and EQE. It reminds us of a longer and squatter GLC-Class in its stature. The slanted rear window is a bit more severe in this crossover, and the roof doesn’t look as tall either. We’re getting a touch of R-Class vibes, but that feeling might fly away once the camouflage comes off. There’s a fairly distinct body line going down the side that kicks up into the rear fender, but the heavy camouflage leaves us to wonder for the most part. 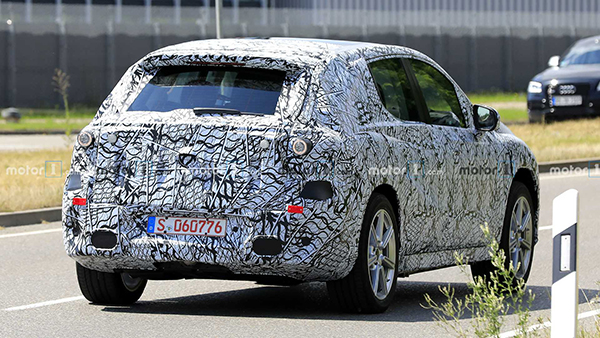 As for timing, that’s another tough question to answer. The current EQC is still a brand new car that we haven’t even seen on U.S. roads yet. This crossover is likely another two or three years out from reaching us, and since it’s a crossover, Mercedes is bound to offer it in America. Look out for more news on this EV in the months and years to come.