Mercedes-Benz decided to do the right thing to its Chinese customers that complained about issues with the EQC. After 68 of them made a public complaint about a motor flaw, the German company announced it would recall 10,104 cars due to that problem. 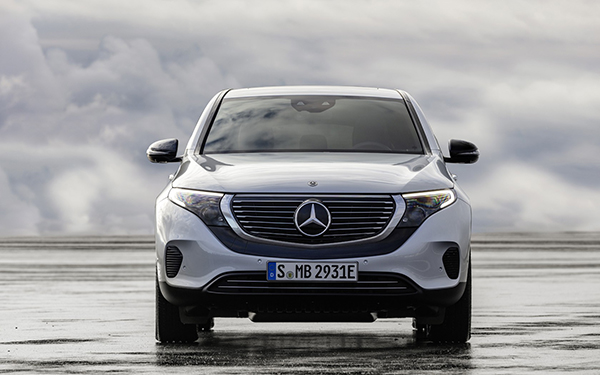 According to Mercedes-Benz, the issue is caused by insufficient sealing in the electric drive module. A manufacturing deviation is the root of the problem, making coolant seep into the electric motor. The German automaker informs that the affected units were produced between November 30, 2018, and December 15, 2021.

In the report that the company sent to SAMR (China’s State Administration for Market Regulation), Mercedes-Benz explained that this leak reduces the insulation resistance value of the high-voltage system after long-term use. The practical effect is that the vehicle may not start or lose output power. That’s a euphemism to avoid saying that the electric SUV may stop in the middle of the road, as some owners reported, thankfully without more serious consequences so far.

Mercedes-Benz told autoevolution this about the recall:

“Mercedes-Benz AG has determined that on certain EQC (293 platform) vehicles the tightness of the cooling system of the electric drivetrain might be impaired. In this case, coolant from the cooling system might ingress into the electric motor, or the electric drivetrain might lose coolant. In both cases, accordingly warning messages would be shown in the instrument cluster. In case of a coolant ingress into the electric motor, the insulation resistance of the high-voltage system might be reduced. This would be detected by the monitoring software of the high-voltage system. In this condition, it would not be possible to start the vehicle.

The automaker committed to replacing all defective drive module assembly among the affected vehicles. However, there’s a catch: EQC owners will have to wait until August 22, 2022. This is the company’s explanation for that:

“The relevant electric drive module involved in the recall is produced in overseas plants by the relevant supplier. Affected by various uncertainties in overseas markets including the pandemic situation, the current supply of the parts cannot meet the storage requirements for the immediate recall implementation. Therefore, we are actively coordinating the parts supply with the relevant supplier to ensure an efficient and high-quality recall that will all start on August 15th.”

Mercedes-Benz ensures that its parts storage can handle “relevant warranty requirements.” In other words, if any EQC fails before the recall starts, it has “the capability to replace the electric drive module in a timely manner to ensure a worry-free driving experience.”

Apparently, Mercedes-Benz did not encounter similar issues in units sold in other markets, which is strange. Unless Chinese units had other specifications, it would be improbable that the manufacturing deviation would only affect them. However, no EQC owners got in touch with us, and we did not find any complaint so far about similar problems elsewhere.

Although this is good news for the involved customers, the six-month wait for the repair may make things more difficult for the German automaker in the Chinese market. Customers there may start preferring vehicles produced locally to avoid similar waiting periods for safety repairs.