Everyone can appreciate a classic Mercedes AMG, but many of them are becoming harder and harder to find as time goes on. This particular AMG, a W210 E55, is not only available now, but it also features a special standout feature: a manual transmission. 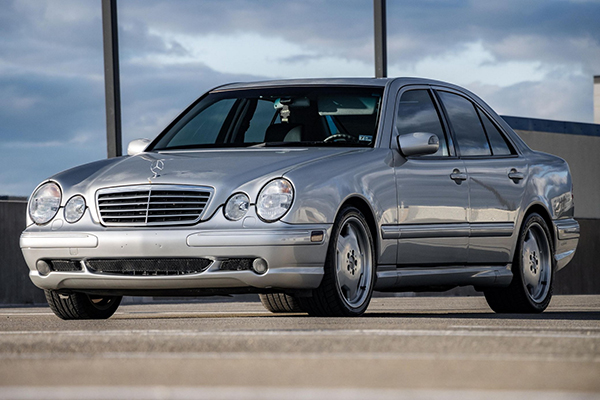 The 2000 Mercedes E55 AMG, which is up for auction on Cars & Bids, is finished in a subtle silver and features the iconic Monoblock wheels to really tie the look together. We’ve actually featured another manual-swapped E55 before, and even though that one was also silver on silver, it’s surprisingly not the same car. 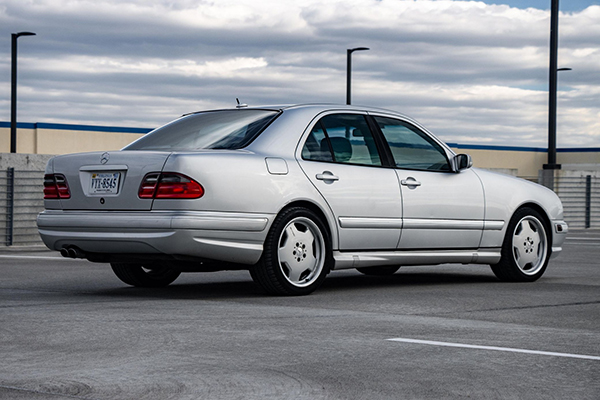 The W210 E55, or any AMG for that matter, was never offered from the factory with a manual transmission, which is what makes this car so special. To outfit it with a row-your-own gearbox, the owner actually dropped in the 6-speed unit from a Chrysler Crossfire. 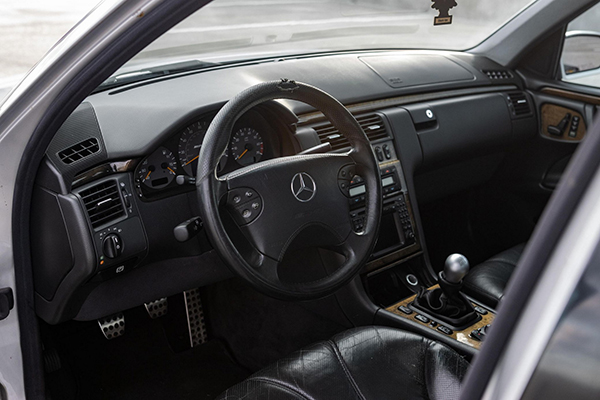 The Crossfire may seem like an unusual source for a transmission, but it’s important to remember that the W210 E-Class came out at a time when Mercedes was still in a partnership with Chrysler, and as such, many parts between the two companies actually carried over. The Crossfire, for example, shared a platform with the Mercedes SLK of the time, and since that car was offered with many of the same engines as the E-Class, its transmission bolted up rather nicely to the E55’s 5.4L V8. 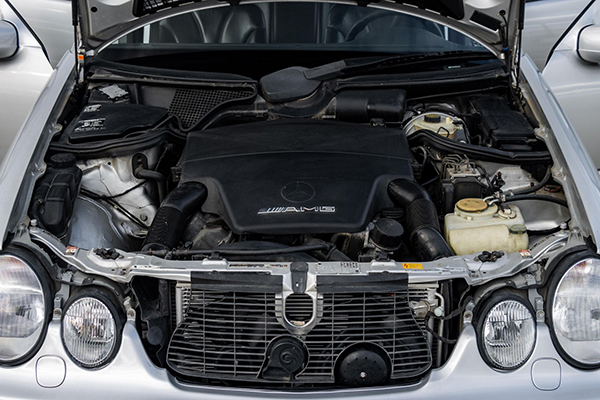 On the topic of that V8, it produces 349 hp (354 PS / 260 kW) and 391 lb-ft (530 Nm) of torque, which are honestly some pretty good numbers even by today’s standards. On top of that, to improve the driving experience even further the owner added a Quaife Engineering limited-slip differential, a LuK flywheel, and a “Stage 3” clutch kit. Finally, to make the new transmission work in harmony with the original electronics, the ECU and TCU now feature new programming.