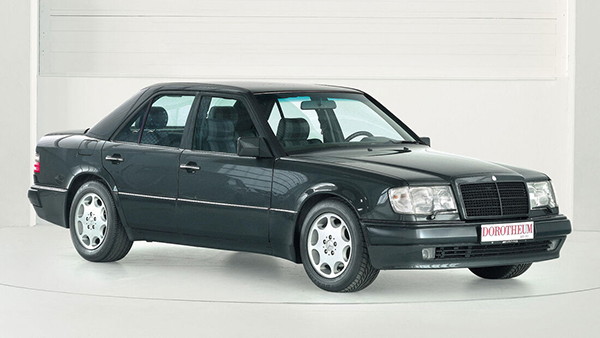 Almost a year ago we had the chance to drive a Mercedes E60 AMG, of which only 148 were built. You can read here the full review of the Mercedes E60 AMG. But in this article, the story is about the Mercedes 500E AMG 6.0. What is the connection between them? Let’s explain in detail.

The story is well-known. Mercedes commissioned Porsche in 1988 to build a sporty Mercedes E-Class equipped with a 5-liter V8 engine from the SL R129 that develops 326 HP and 480 Nm (353 lb ft) (30 Nm more than the SL). Initially, Porsche should have mounted only the engine, suspension and exhaust in the old Red Brick Reutter building from Zuffenhausen where the Porsche 356 and 911 had been produced over the years. 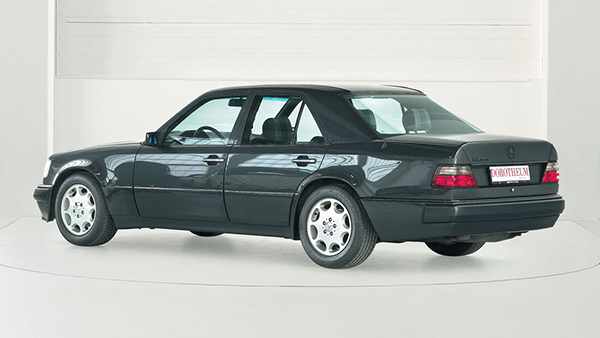 But the initial plans simply did not function because the Mercedes 500 E (the name was changed to the E 500 after the facelift in 1994) has wider wings and the car did not fit on the production line in Sindelfingen.

This is why the production process has become very complicated. Mercedes delivered the body parts from Sindelfingen to Zuffenhausen. Porsche assembled them together with new parts, such as the wider wings, of its own production. Then the bodies returned to Sindelfingen, where they were painted. And then they hit the road again, from Sindelfingen to Zuffenhausen, for the mounting of the engine with the auxiliary systems, the exhaust and the suspension. 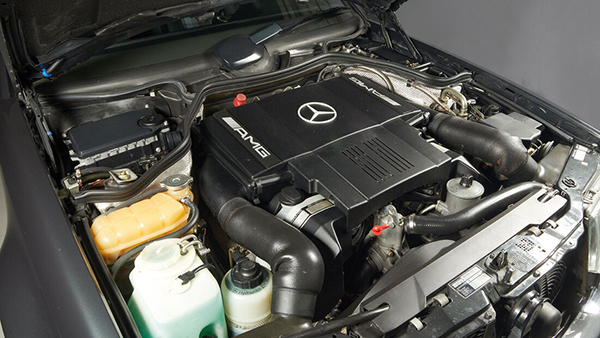 Despite the enormous power for a limo of those times, the power of 326 HP was not enough for some clients and sports division AMG decided to install an even more powerful engine. The 6-liter AMG V8 engine provided 381 HP (386 ps) and 580 Nm (428 lb-ft) and was mated to the same 4-speed automatic transmission as in case of 5 liter V8 engine.

AMG anticipated that there will also be customers who will replace the engine on their own and to have control over the number of modified units, the AMG models had received the code 957. There were 148 such units and another 12 that did not have the identification code. This is the reason the car is not named Mercedes E60 AMG because does not have the AMG 957 code. So, the name is Mercedes 500 E AMG 6.0 which explain the car is a 500 E with a changed engine but not with the whole AMG package. 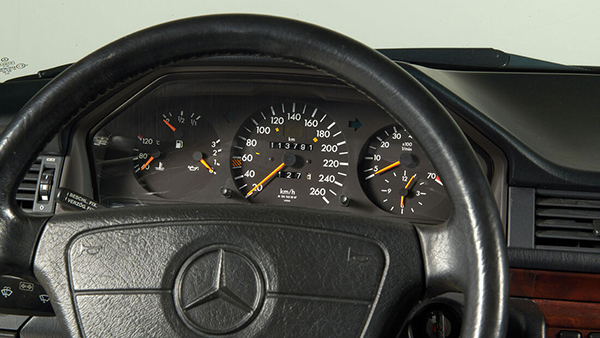 This 500 E was ordered by the head of the Bizerba-Waagen company in Balingen on October 2, 1990, just one day after Mercedes published the official price list. The car painted in metallic blue black has a special upholstery: leather on the lateral side of the seats and checkered fabric in the central area as in SL R129. This combination makes this 500E AMG 6.0 unique. The car’s equipment also includes two airbags, automatic air conditioning, heat pump, heated and electrically adjustable front seats with memory, audio system with active speakers and electrically adjustable steering wheel. 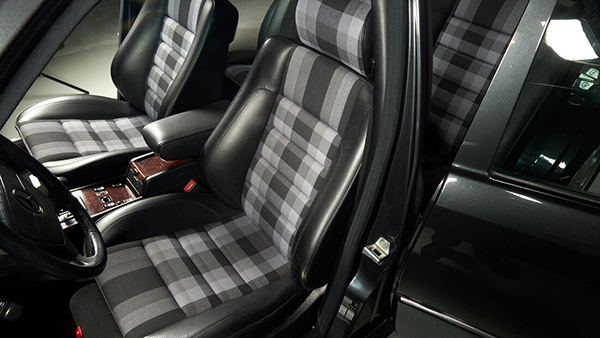