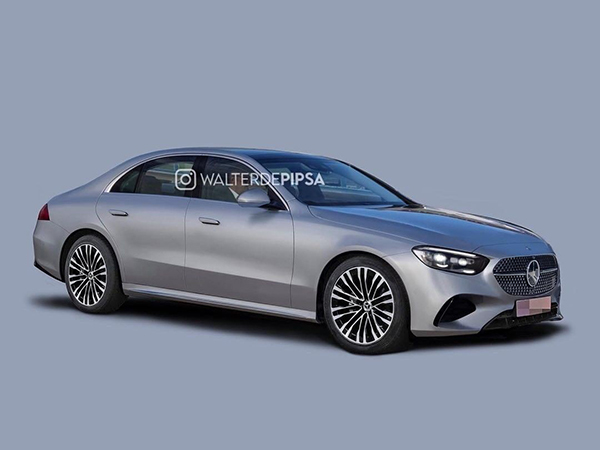 That’s right, the German automaker is planning to retire and replace it with a new one, which will still take on the likes of the BMW 5 Series and Audi A6. The executive car has already made its spy photo debut, in the sedan body style, and to absolutely no one’s surprise, it was wrapped in thick camouflage.

The artificial skin has started to come off in the meantime, though it did not involve anyone working for Daimler, as the commando looks were obtained by using a healthy dose of Photoshop. The renderings came via walterdepipsa on Instagram, and try to imagine how the car will look like once it premieres, likely sometime in 2023.

Since they were based on the real prototype, they retain the overall proportions of the car, such as the length of the front and rear overhangs, distance between the axles, profile design, evolutionary greenhouse, and so on, and fill in the blanks by adopting some elements from the latest C- and S-Class. Thus, it features similar headlights up front, albeit with different graphics, a bigger grille decorated by the three-pointed star logo, and generous side air intakes.

It has yet to open up to the camera, and we reckon that it won’t anytime soon, but the cockpit design should also be influenced by those of the new C- and S-Class. As a result, it should feature a generous portrait-oriented screen, and a tablet-like digital instrument cluster. In all likelihood, it will sport better quality materials, with high-end leather reserved for better-equipped grades, the usual comfortable seats with heating, ventilation, and massaging functions, ambient lighting, and a host of driver assistance systems that will make the daily commute more pleasant. 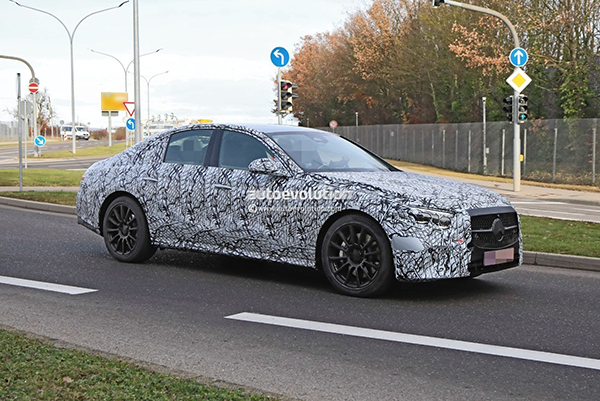 Expected to be underpinned by the MRA II platform, otherwise shared with the modern C-Class, S-Class, and AMG SL, the 2024 E-Class will be compatible with a host of powertrains. Naturally, we don’t know yet what engines it will pack, but we could be looking at the usual 2.0- and 3.0-liter inline- four and inline-six units respectively. Most of these, or perhaps all, should get mild-hybrid assistance.

Self-charging hybrids and plug-in hybrids will probably be offered as well, and unlike the smaller C 63, the E 63 variant, developed by Mercedes-AMG, might remain faithful to the V8. Still, the latter could be assisted by at least two electric motors, which would not only contribute to the extra oomph, but will also improve the fuel consumption and carbon dioxide emissions. It has been reported that diesel mills could be offered too, at least in Europe, but we will just have to wait and see if that is indeed the case.

Speaking of the waiting part, the all-new Mercedes-Benz E-Class is understood to premiere sometime in 2023, as we already mentioned, and should go on sale in selected markets shortly after the grand unveiling. It is possible that Europe might get it first, with other continents following it.

In North America, it will probably arrive for the 2024 model year, with gasoline and electrified assemblies, and perhaps a higher MSRP. The current E-Class kicks off at $54,950 in the E 350 variant, excluding destination, dealer fees, and options. The all-wheel drive system is a $2,500 premium, and for the E 450 4Matic, you are looking at a minimum of $62,750.