From the compact Mercedes-AMG A35 sedan at under $50,000 to the monstrous AMG G63 SUV that will cost you three times that price, it’s become just about impossible to find a Mercedes-Benz model without a high-performance AMG variant. But despite its earlier reputation as a maker of comfortable but stuffy and ponderous sedans, Mercedes has manufactured some memorable models that didn’t need an AMG badge. 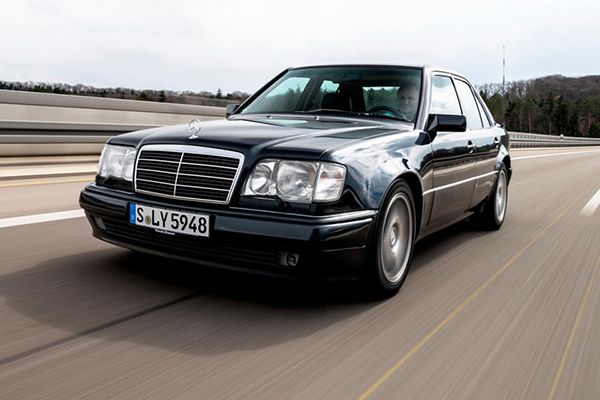 Perhaps the best of those was the fantastic Mercedes-Benz 500 E. Engineered with Porsche’s help, this vehicle has now attained classic status and celebrates its 30th birthday.

In honor of this, Porsche has detailed the fascinating story behind the 500 E’s conception. It was Daimler-Benz AG that commissioned Porsche for this special project which would see the 5.0-liter V8 engine from the 500 SL transform the rock-solid W124 into a performance car. 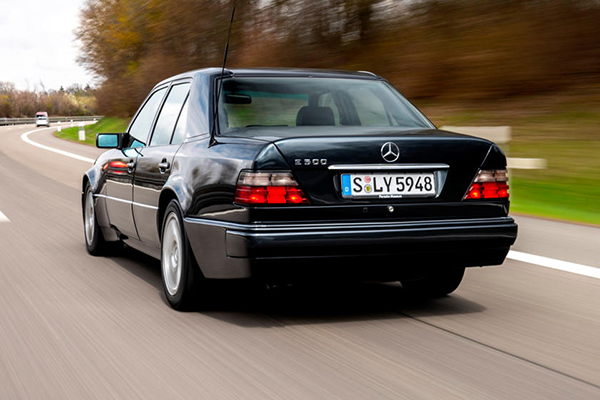 Michael Holscher, Project Manager Development; and Michael Monig from Prototype Management, were two of the people involved in the development of the 500 E at the time. They reunited with a Black Pearl Metallic 500 E three decades later to recount its history. 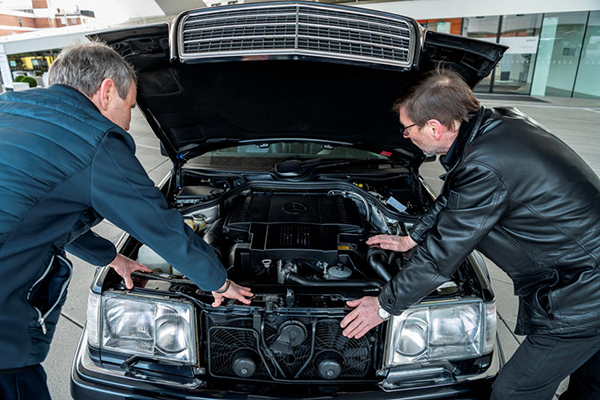 “Looking at the car today, it’s almost impossible to believe that the design could be so perfect 30 years ago without CAD data,” said Holscher. The complex production process took 18 days to complete. First, Mercedes supplied the body parts to Porsche, where the sedan was assembled. The body was then sent back to Mercedes in Sindelfingen to be painted before returning to Zuffenhausen for the installation of the engine and other final components.

The project brought about benefits for both Daimler-Benz AG and Porsche; the former’s production line was too small to accommodate the 2.2-inch wider body of the 500 E. 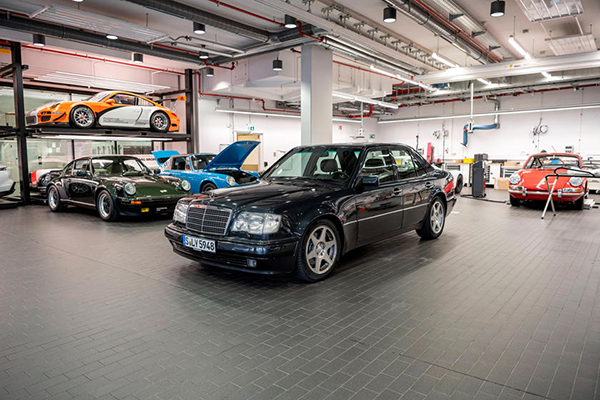 At the time, Porsche was in crisis mode because of revenue decline and orders like the 500 E project helped to keep the company afloat. Unique aspects like the 500 E’s prominent wings and the fact that it was a four-seater – necessary due to the size of the differential – only added to its allure. By 1995, over 10,000 examples had been built and the 500 E emerged as a true rival to the E34-generation BMW M5.

“The 500 E was and still is my favorite project,” says Monig. “The collaboration with colleagues at Mercedes-Benz was very respectful, focused and on equal terms and was based on a great desire for success.”