Mercedes-AMG C 63 will be the most radical example of downsizing we’ve seen in recent times by losing no fewer than four cylinders. Yes, the peeps from Affalterbach are bidding adieu to the 4.0-liter V8 and are replacing it with the M139 engine found in the AMG A45 models. Some big changes are in order as the 2.0-liter four-pot will be mounted longitudinally and its output will grow from 416 hp to 470 hp. 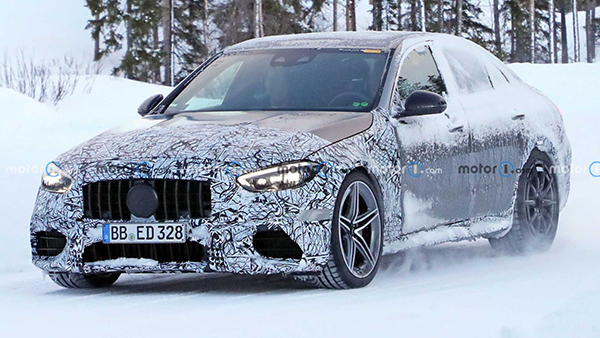 A thinly covered prototype was displayed this past weekend at the 2022 24 Hours of Nürburgring and Autocar was able to learn some of the super sedan’s juicy technical specifications. The combustion engine will work together with an electric motor mounted at the rear axle, making a healthy 201 hp. With the power of the two combined, the new C63 will offer a whopping 670 hp. Torque is also up compared to its predecessor, with the hybrid setup delivering as much as 553 pound-feet (750 Newton-meters).

As if the powertrain wasn’t complicated enough, the C63 will adopt mild-hybrid tech with a 48V starter motor derived from the setup used by the larger inline-six engine powering the “53” cars. Output will be channeled to the road via a nine-speed, torque converter automatic transmission. Despite adding a hybrid setup, the powertrain’s weight is expected to undercut that of the old V8 while lowering the center of gravity. 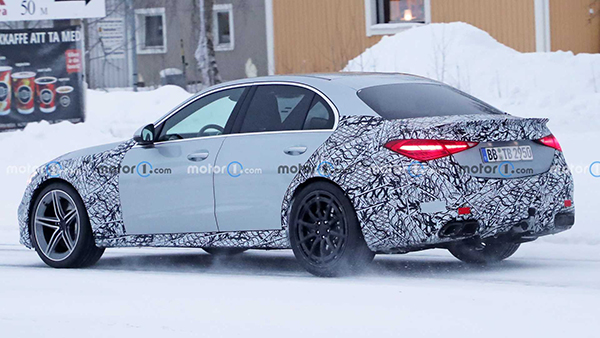 Unlike its rear-wheel-drive-only predecessor, the C63 will lead the way for AMG’s new 4Matic setup. Spy shots have revealed the sedan will be joined by a more practical wagon. As for the coupe and convertible, these less practical body styles could be merged with the two-door versions of the next-generation E-Class to create the CLE, complete with AMG power.

Meanwhile, the new C63 is expected to break cover in the coming weeks or months. Before that happens, the AMG One hypercar will be revealed in all of its production glory tomorrow, June 1, as the range-topping model from the performance division. It will join other electrified vehicles, including the GT 63 S E Performance and the C43, which has switched from a V6 to the same M139 four-cylinder unit.