Despite overselling it so early before its official reveal, it looks like the production model will also overdeliver from just about every perspective. 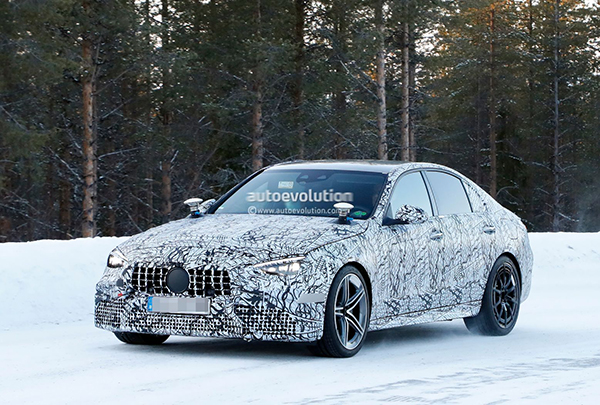 Firstly, we should give you the bad news. Yes, it is true, the current Mercedes-AMG C 63 will be the last of its kind, as its successor will sadly feature only half the number of cylinders under that relatively long hood.

Secondly, that’s where the bad news end because the 2023 Mercedes-AMG C 63 will outclass its predecessor on almost every level, from power and performance to throttle response and even fuel economy, all derived from its onboard Formula 1 technology.

As you can see, if you look closely at the attached spy photos of a pre-production prototype, the model appears to have two fuel tank lids, one on each side of the car.

The second one, situated on the driver’s side, is not for a second gasoline tank; it is actually a lid for a charging port because, yes, the new C 63 will be a plug-in hybrid.

Forget everything you know about PHEVs, though, because this is an AMG we’re talking about.

Under the hood sits a version of the M 139 2.0-liter four-pot currently powering compact models with the “45” moniker. With up to 421 PS (416 horsepower) on cars like the A 45 S, the M 139 is currently the record-holder for the most powerful series-production four-cylinder engine on the planet, developing a little over 210 PS (208 HP) per liter of displacement. 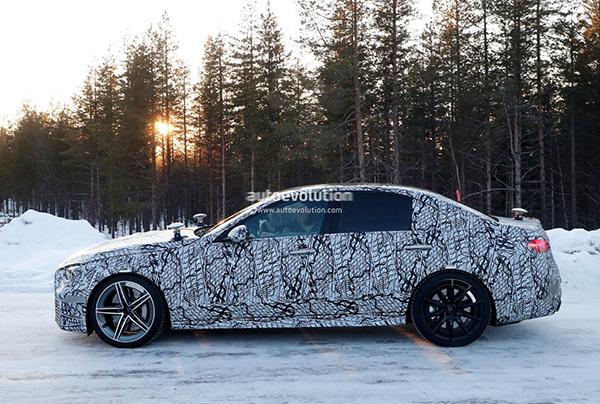 Apart from switching it from a transverse positioning to a longitudinal one, Affalterbach has gone to town with the tiny powertrain, with the mill achieving no less than 449 PS (443 HP) in the upcoming C 63.

One way the engineers achieved that output, was by introducing a Formula 1-inspired technology called MGU-H (Motor Generator Unit Heat). Apparently, at the same time they also completely removed any shade of turbo-lag.

It’s essentially an electric exhaust-gas turbocharger, which will be used in a production road car for the first time in history on the new C 63.

Where the energy comes for the MGU-H is another story altogether, because everything is connected to a 400V electrical system feeding from a lightweight and high-density lithium-ion battery positioned somewhere between the rear seats and the luggage compartment, which has an energy content of 6.1 kWh and weighs only 89 kg (196 pounds).

On top of it, the M 139 also gets a belt-driven starter-alternator (RSG) that combines the alternator and starter in one component and produces 10 kW (14 hp) on its own, also feeding from the 400V electrical system. 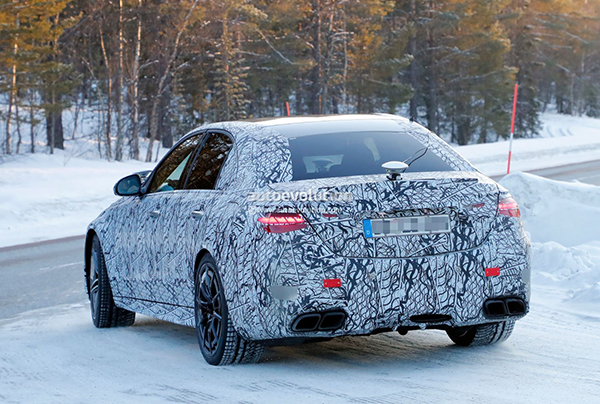 The piece of resistance is an independent electric motor positioned on the rear axle, where it is integrated with a two-speed transmission and an electronically controlled rear axle differential lock in a compact system called the Electric Drive Unit (EDU).

With up to 204 PS (201 hp) and 320 Nm (236 lb-ft) of torque, it can send its power directly to the rear wheels without being diverted through the 9-speed automatic transmission, which only handles the engine.

But if the 2022 Mercedes-AMG C 63 is a PHEV, then when the battery is depleted, it is simply carrying the extra weight and is much less powerful, you will say.

That is where you would be wrong, though, because the Formula 1 connection hasn’t stopped at the MGU-H, and you never see Lewis Hamilton using all the power of its single-seater in a single lap to then drag all that electric thingamagigs for the rest of the race, without any electric boosts.

According to Mercedes-AMG, the plug-in hybrid system on the new C 63 is always on, and the efficiently cooled battery can be recharged much faster than on other PHEVs.

Normally, the model will have a combined output of 544 horsepower, but for up to ten seconds at a time, it can deliver no less than 653 horsepower if all the prerequisites are met, such as a full battery.

These numbers should translate to a 0 to 100 kph (62 mph) acceleration time of about 3.5 seconds or lower, also thanks to the standard all-wheel-drive system, which will also get a similar “drift mode” as its bigger brother, the E 63.