Subsequent to the unveiling of the new-gen C-Class earlier this year, Mercedes has shifted its attention to the AMG models. Born in Affalterbach, the upcoming C 63 was recently spied testing at the Nurburgring in Sedan and Estate body styles, and in case you somehow missed it, they will pack a four-banger, but more on that later in this story. 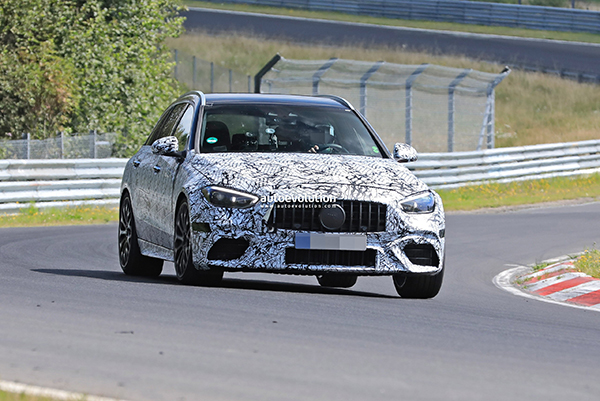 Hiding their boosted visual appearance beneath the thick camo, the two boast the Panamericana grille up front, integrated into the sportier looking bumper with generous air intakes. They have bigger wheels that spin around the uprated brakes, and more aggressive diffusers, attached to the new rear bumpers, that incorporate the quad exhaust pipes.

The AMG badges will be the finishing touches on the outside, whereas for the cockpit, designers have likely prepped front seats with extra side bolstering, wrapped in more exclusive upholstery. Contrast stitching and piping should be part of the offering, together with dedicated menus in the infotainment system and digital instrument cluster. Carbon fiber trim will probably make its way inside, and several AMG logos will be found here as well. 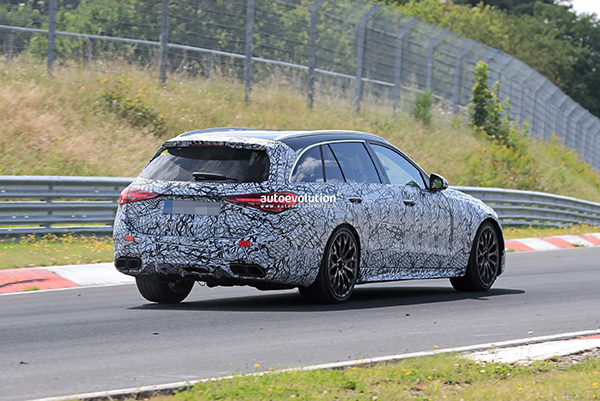 As for the most controversial stuff, that would be the tiny engine breathing air from behind the AMG-specific grille with vertical slats. The twin-turbo 4.0-liter V8 is gone, and instead, the company will use the turbocharged 2.0-liter four-cylinder unit with electric assistance. 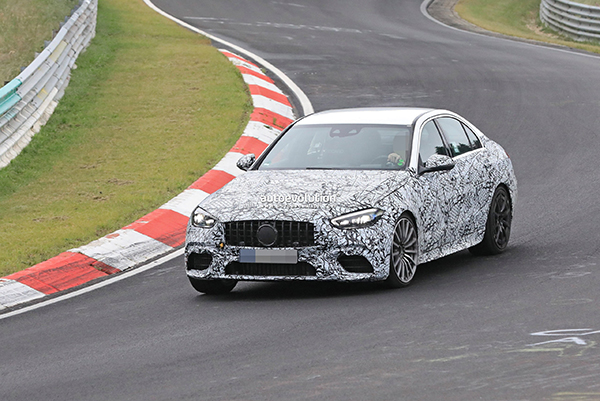 It has been reported that the ICE will come from the 45 series, and will perhaps kick out approximately 450 HP, while the electric motor, allegedly generating a hair over 200 HP, will presumably give it more than 650 HP in total to play with. 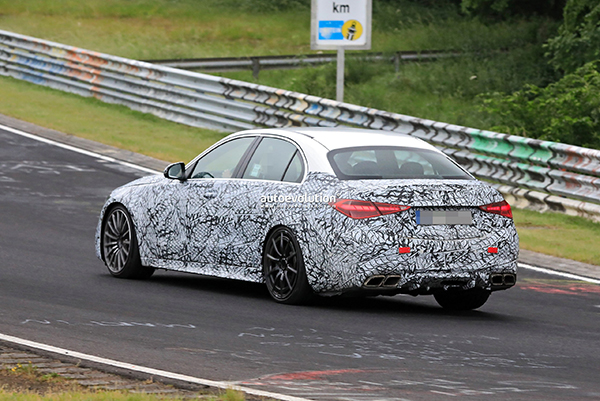 Mercedes-AMG is expected to present the new-gen C 63 family in the coming months. It might launch in the first half of 2022 in Europe, and the U.S. might get theirs shortly after, for the 2023 model year.