Since last year, we have been seeing spy shots of what appeared to be the next-generation Mercedes-Benz C-Class. Up until now, we are still waiting for the official unveiling of the car, but the high-performance Mercedes-AMG C63 version of the series is already making its rounds on public roads. 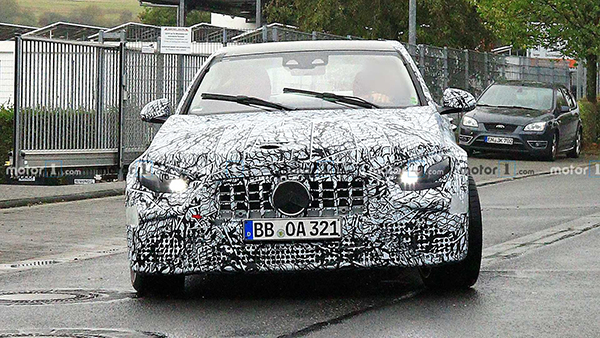 The latest spy shots of Carscoops show the camouflaged prototype of the AMG C63. What makes us think that it is the AMG variant of the C-Class is its more aggressive shape. The bulges under the wraps and the areas peeking out from the covers hint extended fenders, larger front bumper, muscular front apron, vertical front grille, narrow headlamps, tiny circular taillights, rear diffuser, quadruple exhaust tips, boot lid spoiler, and sportier wheels.

Mercedes is yet to confirm the model and its official specs but based on the hints of the company’s execs as well as rumors, previous spy shots plus the current offering of its latest passenger cars, here are the top 4 things that we expect from it: 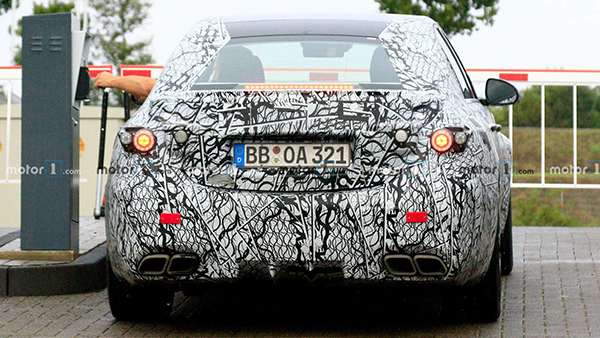 1. No More V8
Sources say that Mercedes is looking to ditch the turbocharged 4.0-liter V8 engine of the AMG C63 in favor of a more environment-friendly unit with lesser emissions. We are still getting details on the replacement but the most likely candidates are the inline-four and inline-six with mild-hybrid setups.

2. Some Mercedes-Benz S-Class Tech
Last month, Daimler CEO Ola Kallenius revealed that most of the tech found in the new S-Class will trickle down to the other cars of the three-pointed star brand, including the C-Class. Previous spy shots of the C-Class Estate guarantee that the vehicle will get the large central touchscreen of the S-Class with MBUX 2.0 integration.

3. Mercedes-Benz S-Class-Inspired Design
Aside from the S-Class tech, the thinned-out camo of the upcoming C-Class suggests that it is also taking many design elements from its brand’s flagship car making it more like a “mini S-Class”. However, the more luxurious features will be reserved for the model closer to the S-Class series, which is the next-gen Mercedes-Benz E-Class.

4. Debut of the Next-Gen Mercedes-AMG C63
The new C-Class will likely make its world premiere late this year or in early 2022 with its corresponding AMG versions following at a later date.