Representing the end of an era, the current generation of the Mercedes-AMG C 63 (W205) is powered by one of the last remaining dinosaurs of the V8 age. 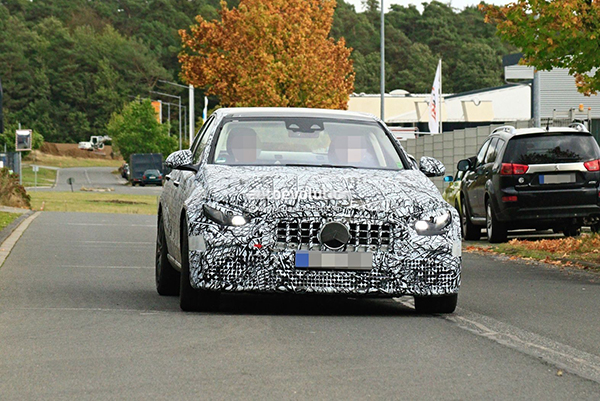 Despite the amount of auditory and sensory fun it can provide to Mercedes-AMG C 63 owners it does come with its fair share of drawbacks.

The lack of all-wheel-drive and not-exactly-perfect weight distribution makes for a rather compromised traction out of a corner, and many drag races from a dig have been lost due to the same reason.

The M176 doesn’t shine much regarding fuel economy either, and with EU laws starting to severely punish gas-guzzlers and emission breakers with fines, it was high time Mercedes-Benz switched to more fuel-efficient solution. 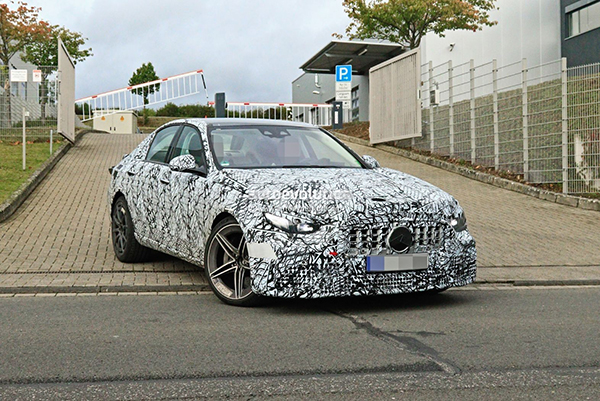 It appears that all the rumors we’ve been hearing about the next-generation C 63 were right all along, the smallest Mercedes-AMG sedan to sport a V8 will switch to a four-cylinder infused with Formula 1 hybrid technology.

The four-pot engine is essentially a re-worked and hybridized version of the M139 found in compact Mercedes-AMG 45 models but turned around and mounted longitudinally.

Recent leaks talk about no less than three electric motors accompanying the 2.0-liter mill, only one of which being in charge (pun intended) of directly driving the wheels.

The smallest electric motor is actually an electric compressor (e-turbo) developing around 8 metric horsepower to help the M139 have enough oomph at lower revs, when there aren’t enough exhaust gasses to spin a regular turbocharger efficiently. 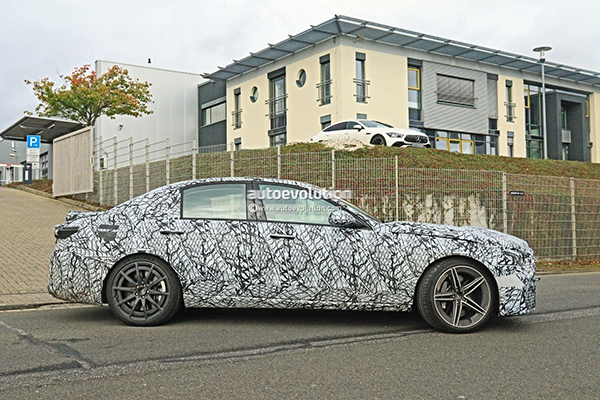 Mercedes-AMG already uses a similar arrangement on the inline-six cylinders powering its current 53 models, but that is where the similarities between the new C 63 system and others will end.

More akin in design with the MGU-H (Motor-Generator Unit-Heat) system found in Formula 1, it uses a small electric motor mounted between the exhaust side of the turbine and the compressor wheel on the intake side of the turbo. Before exhaust gasses enter the turbo, the electric motor drives the compressor wheel – therefore eliminating lag and giving immediate power from the turbo, as well as increasing torque at low engine speeds.

In F1, the MGU-H can also recover or store energy from, or to, the turbocharger, and uses the gases that spin the turbine to produce electricity. It will be the first time that this technology is also used on a road car.

A second electric motor will essentially be a 48-volt integrated starter-generator (ISG) with 20 horsepower, fitted between the internal combustion engine and a new version of the 9-speed automatic transmission with a multi-clutch setup instead of a torque converter found in other current AMGs. 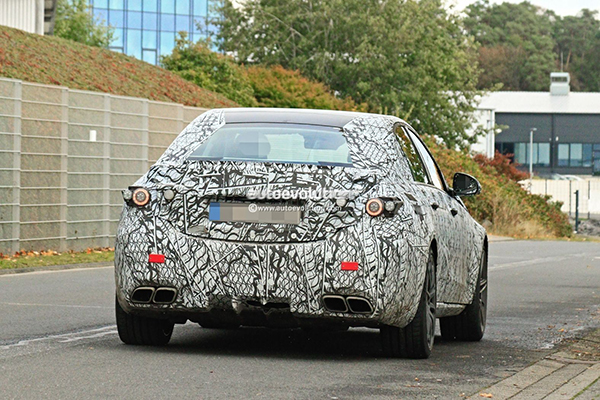 This not where it ends, though, because there is also a third electric motor placed directly on the rear axle, which apparently uses a 400V setup and develops up to 204 metric horsepower on its own.

The juice for most of these motors comes from a compact 9kWh li-ion battery situated in front of the rear axle that can also give the model a 30 km (18 miles) of emissions-free range at lower speeds.

The total output of the system should be around 550 metric horsepower and 800 Nm (590 lb-ft) of torque, which we can all agree is a heck of a lot more than the twin-turbo V8 it replaces.

Because so much oomph would only make the rear axles work even harder to send it to the tarmac, the next-generation C 63 will also be all-wheel-drive, with the 4Matic Plus system also offering a drift mode by decoupling the front axle on demand. 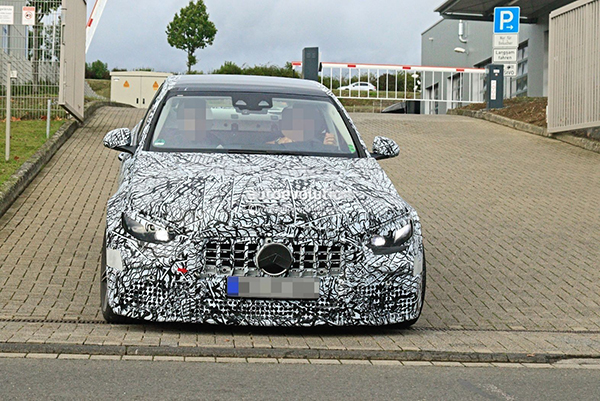 We can expect a 0 to 100 kph (62 mph) acceleration time of around 3.5 seconds or less thanks to both the increased output and the all-paw traction, while official fuel economy numbers will likely be half than with the V8 in the current model.
The two biggest drawbacks are represented by a huge increase in weight and the total lack of a thunderous exhaust, especially when the car is in EV mode.

The 2023 Mercedes-AMG C 63 has recently started testing in the real world, so all the technologies that are to be found under the sheet metal are still figuratively and literally under wraps, meaning that you should take all the numbers above with a pinch of salt.

What we do know for sure is that hooligan nature of the current C 63 will definitely be replaced by efficiency and performance, to better align the car to both upcoming trends and future regulations.