It won’t be long until we see the next-generation Mercedes-Benz C-Class. As hinted by teasers, spy shots, and unofficial leaks before its unveiling, there are plenty of things to look forward to in the new W206. However, one of the bombshells that got quite a mixed reaction with the true fans of the range was the decision of the three-pointed star marque to drop the V6 and V8 power units from the high-performance trims of the car in favor of an inline-four engine that will go all throughout the C-Class lineup, including the upcoming Mercedes-AMG C 63. 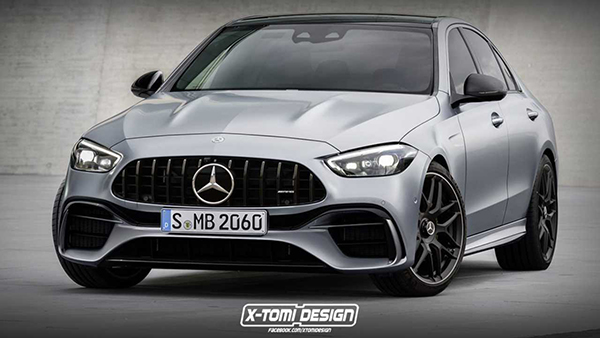 Quoting W206 chief engineer Christian Fruh in his interview with Automotive News Europe, he said, “With the 3.0L (straight-six M256) engine, the front end would have grown by 2 inches in length, not to mention the higher axle load and its impact on driving dynamics.”

Although he did not mention the AMG models of the new C-Class in his statement, it is already implied here that the full lineup of the range will stick with the four-pot bangers instead of the V6, and obviously, it also rules out the V8 from the equation.

Based on the earlier Mercedes-Benz C-Class leaks, the car looks like a downsized version of the S-Class flagship car. It comes as a good thing that its maker didn’t hold back with its design, but that makes its engine bay smaller and only limited to house an inline-four unit.

On the bright side, the new Mercedes-AMG C63 promises up to 550 hp from the combination of its petrol-fed four-cylinder engine with a mild-hybrid setup. So everything should be okay.