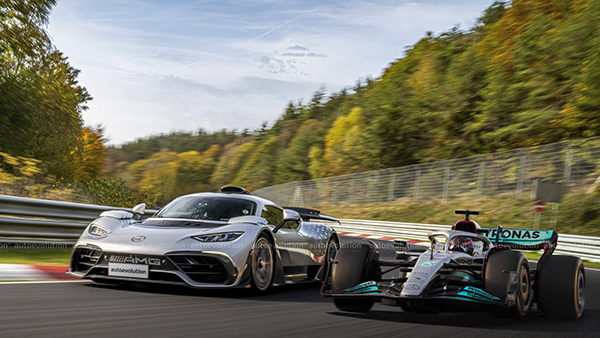 While otherwise exceptional, none of the aforementioned vehicles is a true masterpiece when it comes to the race track, but that’s not really an issue when the supercar formerly known as ‘Project One’ is already in production.

I am, of course, talking about the Mercedes-AMG ONE, a two-door, mid-engine limited production plug-in hybrid sports car with “butterfly” doors and a genuine Formula One power unit. On paper, this is an engineering masterpiece, developed by the boffins at Affalterbach and assembled at Mercedes-AMG F1 Headquarters in Brackley, UK.

Unveiled to the world in production guise this past summer, the AMG ONE costs a staggering $2.72 million, but worry not about pricing because it’s not like you’ll be able to order it any time soon – they’ve been sold out for a while now.

As you can imagine, a lot of VIPs jumped at the chance to grab one (or several), with the likes of Mark Wahlberg, ex-tennis star Ion Tiriac, former F1 champion Nico Rosberg and Lewis Hamilton among the lucky ones.

One could argue this is the ultimate Mercedes-Benz track car and there’s a case to be made that it’s even more impressive than the 2023 Mercedes-AMG W13 Formula 1 car.

You also get an EV range of 11 miles (17 km) in this thing, thanks to its 800V lithium-ion battery. That’s not all, though, because there are more F1 goodies present on the AMG ONE, such as its “Strat 2” mode and a Drag Reduction System (DRS), cutting downforce by 20% to increase straight-line speed, of which there is plenty.

I know it’s impressive, but I know you’re also wondering how on Earth somebody could say the AMG ONE is in any way better than the W13 F1 car? That’s fair, by the way, because on paper, the F1 car has just as much power but weighs twice as little. 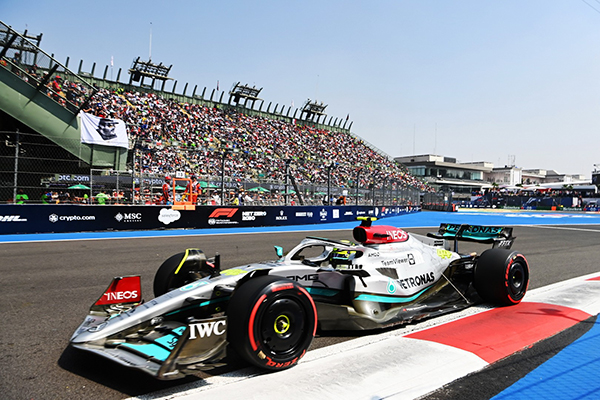 This is where I will remind you that in order to be the top dog, you also have to be successful at your primary job, which for the W13 would have been snatching Grand Prix wins away from the likes of Red Bull and Scuderia Ferrari. They did that, to be fair, but only in one of this year’s 22 races (in Brazil, where George Russell put together a magnificent performance).

Overall, the W13 registered 17 podiums in 2022, together with that one win, one pole, and six Fastest Laps. Mercedes finished the season as “best of the rest” with a total of 515 points, with Ferrari earning 554 points and Red Bull destroying everyone in dominant fashion with 759 points.

Prior to all that, the German outfit had won eight consecutive Constructor Titles in F1. This year though, the W13’s quirks made this single-seater more of a dud as opposed to a stud. Its minimalist sidepods were quite controversial at the beginning of the year, but it was the porpoising that eventually compromised the team’s season early on. By the time they got a handle on it (at least to some extent), it was too little too late.

Success aside, the W13 is naturally the better car compared to the AMG ONE, when it comes to setting quick lap times. Yes, their engines are very similar and produce a nearly identical amount of horsepower. And yes, their top speed is pretty much identical too. That being said, the W13 will absolutely demolish the AMG ONE when accelerating off the line and will go around corners a heck of a lot faster too. All of that is great if you’re a stickler for metrics, but does it really make it the ultimate Mercedes product of 2022?

I’ll go out on a limb here and say that it doesn’t, and I’m betting Lewis Hamilton himself would be very much on-board with that conclusion.