Mercedes-AMG GT and BMW 8 Series are still some of the strongest symbols of the German automotive industry. They combine some of the most exciting gadgets with V8 performance and crazy price tags. But we’ve often wondered why they offer convertible versions instead of something more individual, like the shooting brake body style. 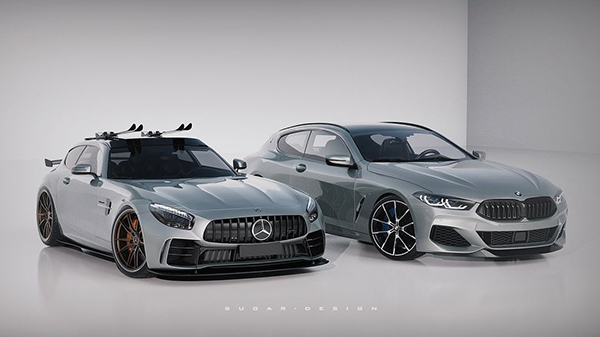 We’re talking about true shooting brakes, not wagons pretending to be sexier, as was the case with the Mercedes CLS-Class. There’s just something interesting about a long hood leading your eye to a boxy cabin instead of the sloped coupe lines. 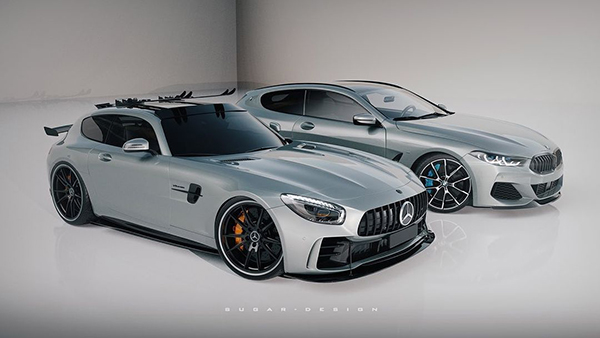 Of course, the shooting brake is a popular theme online. Over the past decade, we’ve shown you tens if not hundreds of renderings where coupes are converted into this body style. But it’s pretty rare that the luxury or performance market welcomes such a vehicle. 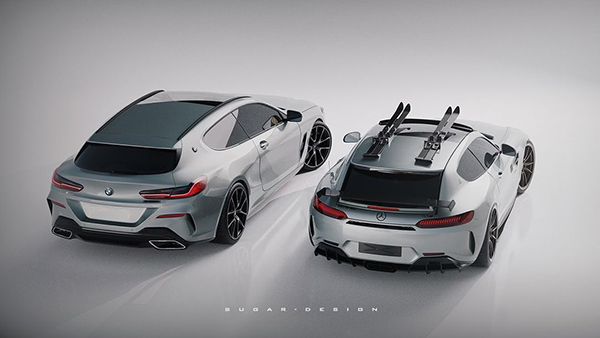 Sure, there are the occasional custom-built examples from Zagato. But it’s rare that we come across projects as ambitious as the Ferrari GTC4Lusso. And in case you’re wondering, this was quietly discontinued last year. 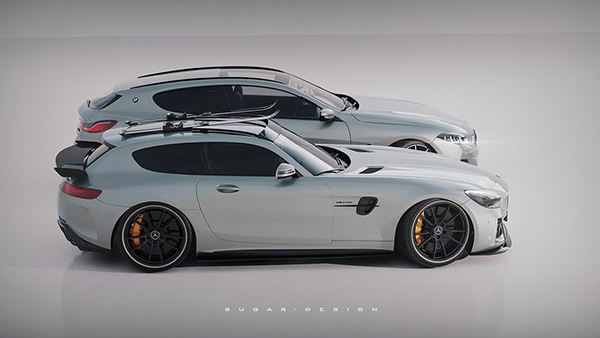 German carmakers are obviously aware of the shooting brake body style, though they use it only on glorified wagons. Despite slow sales, Mercedes developed a second generation of the CLA SB, and Volkswagen quickly followed that up with the Arteon SB. But few people remember Audi presented the Audi TT as a shooting brake concept twice, in 2005 and again in 2014. 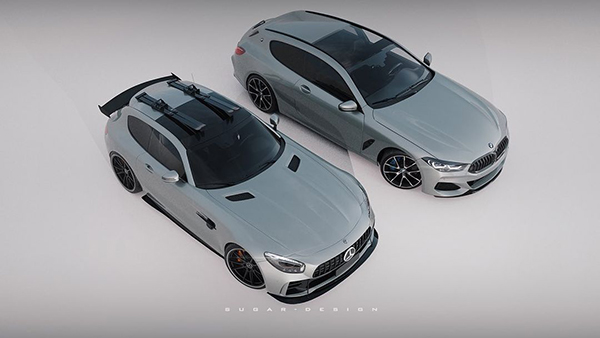 Proving again that fictional cars can be more interesting than real ones, rendering expert Sugar Design created this pair of machines based on the Mercedes-AMG GT and the BMW 8 Series. Having the same idea for a roof only makes the differences between the two clearer. The Bavarian supermodel is obviously chunkier, less of a sports car and more a GT.

The gap is made even more apparent by the lack of sport trim on the basic 8 Series, compared to the aggressive AMG-tuned model. But there would be real-world advantages to the BMW if these cars were real. It would be available with AWD and might have rear seats that you can use, both features you might want in a shooting brake.