Real estate mogul Manny Khoshbin was among those who were impatiently waiting for the Mercedes-AMG One. And he just addressed the possibility of not getting the hypercar in the U.S. 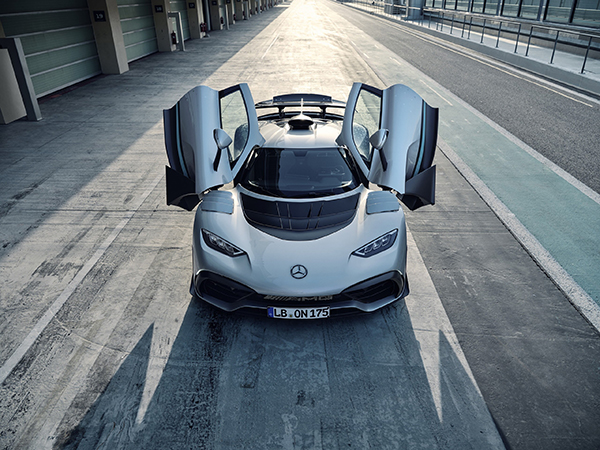 Less than twof months ago, real estate mogul and car enthusiast Manny Khoshbin shared a top of his highly anticipated hypercars. Among them, it was also the Mercedes-AMG One. He already had his order in and had also bought the complementary Mercedes-AMG GT Black Series P One Edition, which he called a “monster.”

The German brand finally unveiled the highly anticipated hypercar with an F1 powertrain at the beginning of the month, but there’s the catch: it looks like the Mercedes-AMG One will not hit the U.S. roads. Here’s what Mercedes said about it: “In order to preserve the unique character of its Formula 1 powertrain, we have concluded that meeting U.S. road standards would significantly compromise its performance and its overall driving character. We have taken the strategic decision to offer the car for road usage in Europe, where it meets applicable regulations.”

In a new video posted on his YouTube channel, which you can see attached below, Manny Khoshbin addresses the Mercedes-AMG One at the beginning of the video: “I heard the news, bittersweet news. I heard they’re gonna finally produce the car. That was great.” He added: “But then I heard this morning the cars are banned from coming to U.S.”

Khoshbin continues that they’re working on bringing it to the U.S., though, and that he hopes that won’t delay the U.S. cars coming to their owners. So far, Mercedes hasn’t returned his money for it, which means there might be a glimpse of hope for him to get it, as Khoshbin puts it: “good things are worth the wait.”

In the rest of the video, he enjoys another hypercar in his garage: a Bugatti Veyron EB 16.4 that is currently up for auction. He recently repaired the radiator, got new wheels, and it’s fully serviced, and he’s asking for $1.35 million for it.