Last month, we heard a little bird whispering that Mercedes-Benz may have sold a “priceless” car from its collection in a secret (RM Sotheby’s) auction. As it turned out, the rumor mill was right again, and that invaluable possession hit a record auction price. 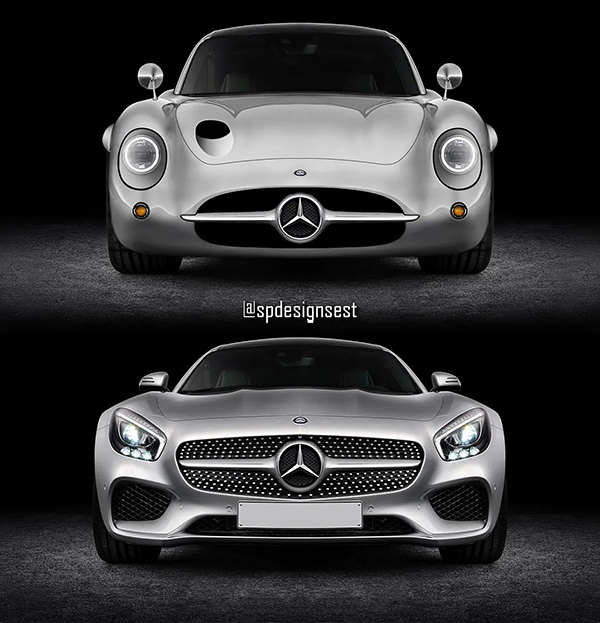 Naturally, if you are a classic car fan in general and a Mercedes-Benz enthusiast in particular, you already know that we are talking about one of only two Mercedes-Benz 300 SLR Uhlenhaut Coupes in existence. The latter was sold for no less than 135 million euros (around $143 million, depending on the exchange rates), marking a new automotive auction world record, and joining the top ten most expensive items club.

With just two examples in existence and with a price tag that almost doubles that of the former Ferrari world record holder, one can easily imagine this automotive holy grail is probably not going to be up for grabs again for a few decades, at least. Alas, intrepid virtual artists always manage to come up with a solution, even if unintentionally.

So, Siim Parn, an Estonia-based virtual artist better known as spdesignsest on social media, has decided a second look at his modernized 300 SLR needs more POVs and set off an idea in our minds and souls: what if someone made this happen, for real? We are talking about the idea of taking a current Mercedes-AMG GT (it does not even have to be the latest model year; the pixel master used a 2016 unit) and making it look as cool as a modernized 1955 300 SLR could ever be.

True, even if this went out of the wishful thinking realm and dropped like a CGI bomb in the real world, it would still be little more than a Uhlenhaut Coupe ruse. But given the alternative – ask Mercedes-Benz to part ways with the second unit (aka Blue) or try to entice the current owner of Red to part ways with it – it appears like the sanest choice of fulfilling those classic 300 SLR Coupe, street-legal dreams!