3 years ago the first informations about the Mercedes-AMG One said that the engine had to be overhauled every 50,000 km. Now we learn that the cost of this operation is huge. The general inspection at every 50,000 km can cost in the worst scenario up to 850,000 euros 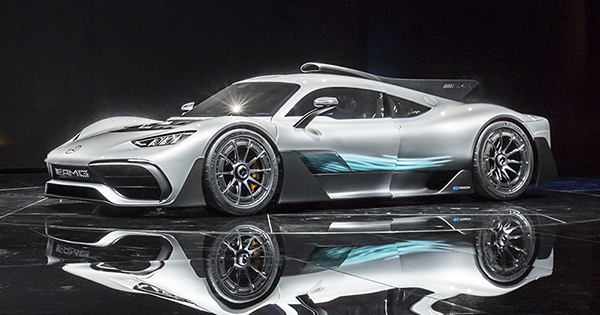 The Mercedes-AMG One project is one of the biggest challenges in the car industry. “Many people thought during the development period that the project was impossible,” says AMG boss Philipp Schiemer.

The idea came about in 2017 on the AMG brand’s 50th anniversary but is only ready for production five years later, on the occasion of the 55th anniversary of the AMG division.

Although few believed it, the Mercedes-AMG One has been homologated to full Euro 6d standards in the RDE cycle, i.e. in real traffic. As I wrote in the detailed presentation this was possible because the Mercedes-AMG One starts in electric mode and the combustion engine only comes into operation after the catalytic converters have reached optimum temperature. This means that the catalytic converters are preheated before.

According to a user on Instagram, Mercedes-AMG states in the sales contract that the AMG One requires a detailed check-up every 31,000 miles (50,000 km) in addition to regular service intervals so that powertrain components can be thoroughly checked and replaced if necessary. This general inspection can cost “up to a maximum of 850,000 euros” in the worst case which means replacing the entire powertrain.

As for regular service intervals, these should be carried out once a year or every 5000 km but AMG does not announce how much this usual filters and oil change costs.

Until now, the most expensive car to service was the McLaren F1. Looks like AMG has surpassed it. A simple calculation shows us that if someone will run this car 200,000 km he has to do four general overhauls and at worst it would cost him 3.4 million euro i.e. exactly what the car cost as new (2,75 mil euros plus VAT). So our advice is not to use the car on a daily basis (We joke because no one will drive this car on a daily basis). On the other hand, who has 2,75 mil euro plus VAT will not complain about the overhaul costs.

Also, the carscoops.com website informs that the car will not be homologated in the USA because of even stricter emissions rules. For a possible homologation, Mercedes would have had to make too many compromises in terms of performance and features of the F1-inspired engine. The same website raised the possibility of special limited-mileage registration, as has happened with other supercars.